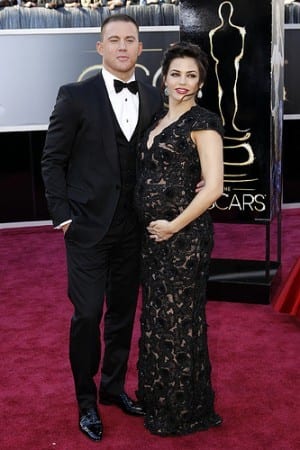 The “Step Up” couple welcomes a girl to the family Thursday

This past Thursday in London Channing Tatum and wife Jenna Dewan-Tatum welcomed a baby girl to the family, according to “US Weekly.”

The young couple had decided that they were going to have the baby in London, while Tatum was filming his new movie “Jupiter Ascending.”

It certainly was an exciting day for the 33-year-old (Tatum) and 32-year-old (Dewan-Tatum) to have their first child after announcing in December Jenna’s pregnancy.

While the “Step Up” couple is busy filming new movies, Tatum admits that it will be very busy for both of them in the upcoming months. Tatum’s movie moves to Chicago in July, and around that time, Dewan-Tatum will begin work in Vancouver on her new Lifetime series, “Witches of East End,” for the fall.

“There will be no downtime whatsoever after [having the baby],” the “Magic Mike” star said to “New York Daily News.”

But while they will be working hard, Tatum revealed the secret to their over seven year relationship to “Cosmo.”

“You have to want it. Jenna’s and my thing is checking in with each other all the time, like ‘On a scale from 1 to 10, how much do you love me right now?’ And you gotta be honest, and you’ve got to want an honest answer,” he disclosed.

With that honest attitude, the new parents, who met on the set of “Step Up” in 2006 and married in 2009, will be able to get through the next few months. Another source told “US” that Tatum will “be the most adorable hands-on daddy ever and do whatever is necessary to make sure Jenna can balance it all.”