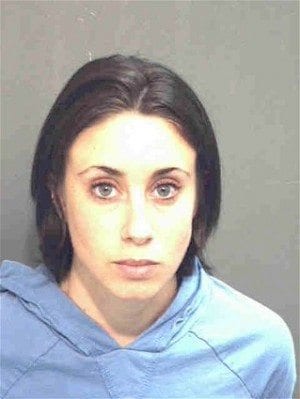 Casey Anthony, who is known for being in the headlines when she was accused of killing her two-year-old daughter, Caylee, is currently looking at a new lawsuit against her. This time, the accuser is a Pennsylvania woman looking to sue Anthony for $3 billion dollars after Anthony allegedly caused her emotional and mental stress and threatened to kill her.

The woman looking to sue Casey Anthony, Naomi Riches, claims that Anthony has been threatening her for years. Riches states that between 2009 and 2011, Anthony continuously called her threatening to take her life and telling her that people were watching and poisoning her, according to Radar Online.

After being acquitted of the case against her for killing her daughter, Casey Anthony is not done looking at legal papers, as this new lawsuit is a lengthy one. Within its pages, Anthony is accused of being an illuminati actress in “cahoots” with Nancy Grace to distort American citizen’s perception. The lawsuit reads that the two are working together “to fill the media with propaganda so that American Citizens believe there is Justice in this country.”

The lawsuit goes on to accuse Casey Anthony of more bizarre actions, including issuing illuminati death threats to Riches: “She told me that there were cameras lodged in the back of my eyes and that my life is a reality show for the Elite. Because of her, I suffer from severe psychological damage. For months I couldn’t use the bathroom to go number 1 or 2 without thinking there was some sick wealthy pervert watching me through cameras Casey Anthony claimed were lodged in the back of my eyes,” says Riche in the statement.

As a result of the Casey Anthony lawsuit’s unbelievable claims, it did not hold up in court on Oct. 10. United States Magistrate Judge David Baker reportedly dismissed the lawsuit, as well as the request for a temporary restraining order, because “the fantastic allegations do not meet the plausibility standard.”