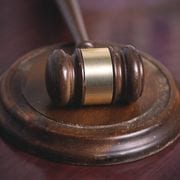 Law is not just a career — one judge’s perspective

I’ve wanted to be a lawyer all my life. As the son of immigrants, I never considered it possoble for me to be a judge. Now I sit in the very courthouse that is across the street from where I was an office boy. I can hardly believe it!

My law school career as a night student at DePaul University began in the aftermath of the chaotic 1968 Democratic Convention in Chicago, and culminated with the Watergate Hearings that led to Nixon’s impeachment. This was during the highly unpopular Vietnam War whiel the country was still reeling from the recent assassinations of Reverend Martin Luther King Jr. and Senator Bobby Kennedy. The nation was experiencing riots and demonstrations in the cities and on college campuses, which sometimes led to highly publicized shootings and bombings.

My night school classmates were a pretty conservative crowd of policemenm, firemen, CPAs and government auditors. Although none of us had the luxury of time to be distracted from law by the issues of the day, these events helped shape (or confirm) my personal view that the law can be used as a tool for change.

After seven years as a prosecutor, I opened a litigation practice that continued until the day the Illinois Supreme Court appointed me to the bench in 2003. During those years in private practice, the law led me to some high profile cases and some nice business ventures. So, I gave back.

I founded the Arab-American Bar Association in 1990. In 1997, as president of the West Suburban Bar Association, I founded the Suburban Bar Coalitionof Cook County. Wearing my business hat, I chaired the Chicagoland Chamber of Commerce’s crime Prevention Awards Committee for a dozen years while sharing ownership in a national security corporation and a bank. Through my family, I worked with St. Jude’s Children Research Hospital in Memphis. After 9/11, I wrote, lectured, presented, talked, interviewed and just about did all I could to stop the hate crimes and hate-spreech against Arabs and Muslims (see articles at Arabbar.org).

I often wonder, “How in the world did this happen to me?” My family emigrated from Lebanon with little education. I had no so-called “connections.” I believe the answer lies in the fact that in the United States, althoguh not without exception, our courts offer a level playing field for those who choose to use law as a tool for change, as well as a means for making a good living.

I present here 10 of my own “professional maxims” — if you will — that I’m pleased to share: