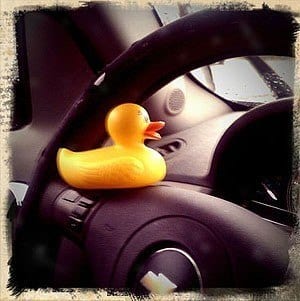 Renting a car in college: when will we grow up?

Thinking of going home for the holidays or want to go skiing in the mountains? Think you can just rent a car and head on home for a blissful bit of R&R? Well, think again. Car rental companies usually won’t rent to students who are between the ages of 18-21 and under the age of 25 you will have to pay higher fees and rates to rent a car. College kids are old enough to go to school, pay their bills, hold a job, go to war and own a car. Now why doesn’t that extend to rent a car? Only two states in the Union, Michigan and New York, require rent a car companies to rent to college kids. In these states the companies will rent to you but they will also charge you a large underage surcharge each day.

Car rental companies in other countries have similar rules. For example, to rent a car in Australia a person must be at least 21 years of age and there is usually a daily surcharge until the age of 25. In the UK a young visitor must have had a license for at least a year. In many cases the requirement is two years before being able to hire a car. Like AU and the United States most rental companies will not easily rent to people younger than 25.

Some smaller UK companies will rent to people at ages 21 and 23. Similar to the USA there are a few smaller companies who specialize in the 18-21 age group. In Europe the car rental age restrictions are confusing and stricter. Moreover, in many of these countries it is illegal to drive a rented car under the age limit even if you rent it in another country. The borders are easily crossed but if you are stopped you could be in big trouble. To give you can idea: If you rent a car in the UK and then drive it across to France the age limit in France is 21. The limit is 23 in Luxembourg, 18 in Sweden but 20 in Norway and 21 again in Italy. 18 is fine for the Autobahn in Germany but not for the dirt roads of Crete where the limit is 21.

In addition to the confusing rules, high underage surcharges are usually added and in Germany you are required to also buy a collision damage policy between the ages of 18-22. In most of Europe it is also a good idea to pay about $15.00 and get an IDP permit that verifies that your license from your home country is valid. Think of this as just another excuse to charge you a big fine if you get stopped for doing anything wrong.

Alternatives to Renting a Car

Many times public transportation just won’t get you where you want to go. There are some alternatives. You could rent a wreck. Seriously, this is a car rental company in Pasadena that specializes in renting cars to younger people. Smaller car rental companies like this exist throughout the United States. You could also try renting a friend. Post an ad at your college for sharing the costs with a graduate student or medical student headed in the same direction. For longer trips you might consider actually buying a wreck and then selling it back. Car sharing programs are also sometimes an alternative. Borrowing Dad’s car has its merits too if you can swing that one!