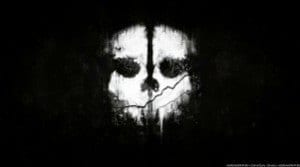 “Call of Duty” has been a staple first-person shooter in the gaming world for years. Wednesday brought players a glimpse of what the next stage in the franchise will hold.

Microsoft announced that “Call of Duty: Ghosts” will give gamers a whole new world. The game will be complete with a new story, new characters and a new world, “all powered by a next generation Call of Duty engine,” according to a press release from Activision.

Speculation about the game is rife since not a lot of concrete information was released on Wednesday. A short teaser trailer gave a taste of what may be in the game, but Microsoft is waiting for their “Xbox: The Next Generation” event on May 21 to release any details.

The game’s new direction comes at an opportune time. “Call of Duty” has had great success with its “Modern Warfare” and “Black Ops” games, but critical opinions and sales have been declining. With the introduction of a new console imminent, Activision is pulling out all the stops.

“Everyone was expecting us to make Modern Warfare 4, which would have been the safe thing to do. But we’re not resting on our laurels,” said Mark Rubin, executive producer of Infinity Ward. “We saw the console transition as the perfect opportunity to start a new chapter for Call of Duty.”

Since its release in 2003, the “Call of Duty” franchise has become the most successful in gaming history. Over 100 million copies of the series have been sold. The recent installments, “Black Ops II” and “Modern Warfare 3,” both reached $1 billion in retail sales worldwide in just over two weeks.

“Call of Duty: Ghosts” is still in development at Infinity Ward and is set to be released on Nov. 5 for PC, PlayStation 3, Xbox 360 and the next generation console.

Previous ArticleMay Day March Turns ViolentNext ArticleThe design, hardware and features making the HTC One the number one phone out there