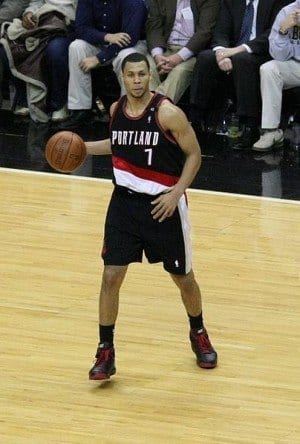 Sources have said that Brandon Roy is retiring from the NBA, due to long term knee problems.

After being on the Portland Trail Blazers for almost five years, Brandon Roy believed to be ending his NBA career due to knee problems.

Experiencing knee problems for the majority of his career, the 27-year old tore his meniscus then due to a lack of cartilage forced him to have an operation in 2008.

The 2010-11 season showed Roy scoring 16 points in 23 minutes off the Portland bench. Blazer fans hoped that in the offseason, the much needed rest would bring Roy back to better health conditions.

Sad to see a player that has dedicated so much to the Portland community and to the team retire at such a young age.