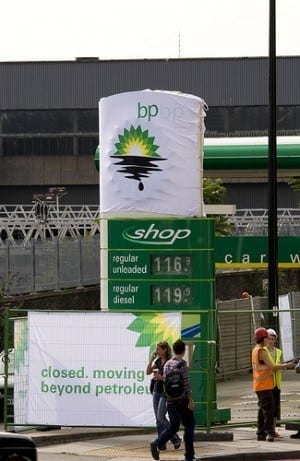 BP and other oil companies are keeping a watch on the tropical storm, and taking all precautions in case of catastrophe.

BP has decided to shut down its production, as well as begin evacuations in the Gulf of Mexico, as of Aug. 24. In efforts to be preventative of major catastrophe, BP and other oil companies are watching closely the progress of Hurricane Isaac as it heads for the northern Gulf.

BP, whose name as been dragged through the muddy waters after they caused an oil spoil in the Gulf of Mexico in 2010, is taking precautions in the wake of the first hurricane to touch the United States this year.

The choice to evacuate the platform was a good choice for BP, with the Gulf of Mexico producing field, Thunder Horse, being the largest deep-water producing field, according to Fox Business. The facility can produce up to 250,000 barrels of oil a day, and the platform can house 298 people.

Both BP and Shell have begun evacuating non-essential personnel. However, unlike BP, Shell will not shut down any production until the storm causes more of a threat to their operations, according to FuelFix.com.

It is predicted that Hurricane Issac will pass over Haiti Aug. 24 during the night, and move over Eastern Cuba, according to the National Hurricane Center. Although the storm will weaken once passing Cuba and Hispaniola, strong winds directed toward the Gulf may cause for more evacuations, the Houston Chronicle reports.