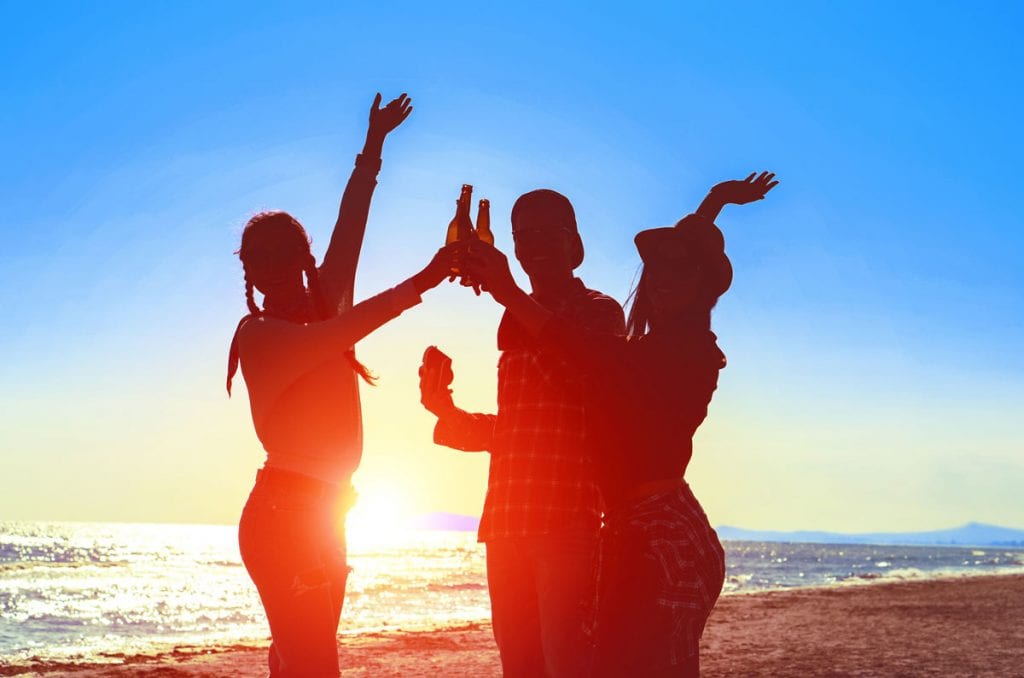 According to a recent study by Alcohol.org, seven out of the 10 booziest travel destinations in the world are in America.

The organization, which provides information about treatment for alcohol and substance addiction, studied 1,000 Instagram posts tagged with #vacationmode or #vacay from travelers in 143 cities around the world in an attempt to understand the influence of alcohol in people’s vacations.

The social media analysis found that the majority of the top destinations are in the U.S., with the top five—Portland, Denver, New Orleans, Los Angeles and Austin—exclusively American cities.

Oregon’s largest city topped the list, with one in ten of the pictures taken featuring alcohol. Portland is known as a destination for beer and music, perhaps explaining its first place.

After Portland was Denver, Colorado, where over eight percent of the pictures featured alcohol. Denver, aside from being a boozy holiday destination, is also frequented for its marijuana tourism.

NOLA ranked third on the list, with over eight percent of photos featuring alcohol. New Orleans draws tourists every year for Mardi Gras—last year 1.2 million people attended the festivities in the Big Easy, which is also famous for its jazz scene, theater district and historically acclaimed bars and clubs.

Other interesting stats from the study? The most photographed drinks were cocktails, with over one-third of photos showing the colourful drinks. The research also revealed that posts featuring alcohol gained about half as many likes as pictures that showed something else.

Vacation is a time to escape from the pressures of a rigorous semester or an overwhelming job, so it can be tempting to let loose with drinking. However, it’s crucial to exercise caution. College students in particular are more likely to binge drink, which can give rise to risky situations including injury and assault.

“No one wants to be unwell on vacation so it’s important to monitor your alcohol intake, especially when you’re away from home or in unfamiliar surroundings,” said a spokesperson for Alcohol.org, which conducted the research.

See also: Is Your Drinking Dangerous?
Dr. Sherry Benton on Mental Health Support at College
Period Pain Linked to Nine Days of Lost Productivity for Women in a Year