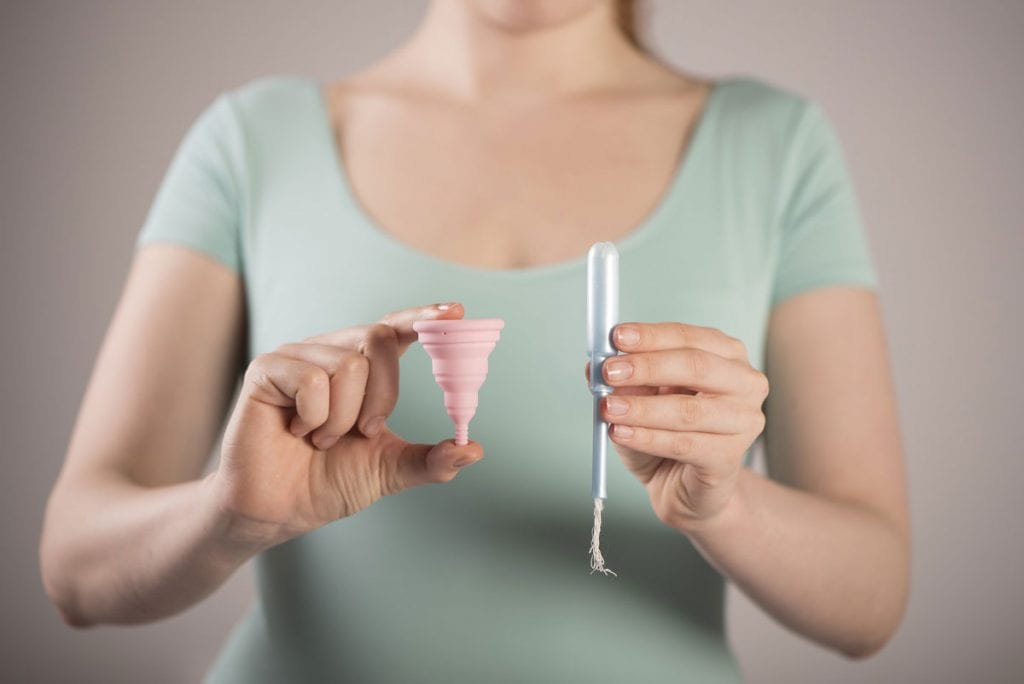 New research suggests that the impact of menstruation is underestimate, and period pain is responsible for nearly nine days of lost productivity a year in workplaces and schools.

The study surveyed over 30,000 Dutch women between the ages of 15 and 45 to evaluate lost productivity associated with periods. They measure both time taken off because of feeling ill, as well as working or studying while feeling unwell (otherwise known as “playing through the pain,” something women have been doing for generations).

It was found that one in seven—or just under 14 percent of women—had taken time off from work or school during their period and 3.5 percent said that this happened during ever, or nearly every, menstrual cycle.

Over eighty percent of the women surveyed said they had been less productive as a result of their menstrual symptoms (to which we say, well, duh).

On average, the researchers calculated that women were absent from work or school 1.3 days per year because of their period and productivity loss was equivalent to 8.9 days per year.

“Women said that they weren’t as productive as they could be while at work—they needed to go to the toilet every hour or they had a headache and couldn’t concentrate,” said Theodoor Nieboer, an author of the report and a gynecologist at the Radboud University Medical Center in the Netherlands.

Although there’s been a lot of menstruation media in the last few years, including a popular video game called Tampon Run where you shoot tampons at villains, there’s still a lot of destigmatizing work to do, especially globally.

This recently published study also found that when women did call in sick because of period pain, only 20 percent told their employer or school the real reason for their absence. And nearly 70 percent of respondents said they wished they had the option of more flexible hours during their period.

The study is the largest of its kind, shining yet more light on the reality that women’s health is an understudied area that needs more attention.

Around the world, 1.8 billion women menstruate.

“Despite being almost two decades into the 21st century, discussions about [symptoms] may still be rather taboo,” Nieboer said. “There’s a need for greater openness about the impact of menstrual symptoms on work, and companies need to be more open about this with their female workers.”

Period leave has been presented as a possible solution for the occasions when a woman might need to stay home, due to experiencing pain and discomfort from her period. However, this sort of systemic change comes up against long-held attitudes that menstruation should never be talked about.

We’ve all grown up with the same surround-sound messaging about this biological reality for half the planet. It’s embedded in tampon commercials that stress the discretion of their products and depict blue liquid instead of period blood. Even the name given to period products—feminine hygiene—subconsciously raises the question: Excuse me, are we all dirty?

Legalized time off for menstruation actually exists already in a few countries. Women in Indonesia, Japan, Vietnam, South Korea, Taiwan and China are allowed to request days off work. And although great on paper, it’s often an entitlement that women don’t take, particularly in male-dominated workplaces.

In other countries, period leave hasn’t even made it onto paper yet. Italy tried to pass legislation for menstrual leave in 2017, and it didn’t pass for all the usual objections. However, policies are emerging on a company-by-company basis in these other contexts. Coexist, for example, is a group based in the United Kingdom that hosts community space, and it allows employees who opt into its period policy to take time off, work from home, or consider other options such as altering their working hours during their periods. And in Australia, the Victorian Women’s Trust, an advocacy group, offers employees paid days off for painful periods.

Whether menstrual leave is the answer is unclear, but at least it puts periods and period pain on the political agenda.

See also: Your Seven Day Break on the Pill is Bogus—Here’s Why
Mad About Maca: Health Benefits of Maca Powder
You’re Not Alone: Facing Loneliness in College
Women’s Health Watch: In Stirrups