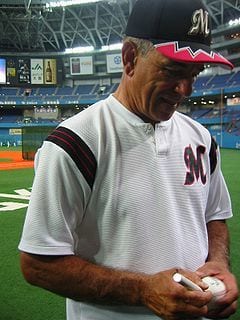 The newest member of the Red Sox is adding more tension to the famous rivalry between the Boston team and the New York Yankees – new manager Bobby Valentine.

According to the New York Times, Valentine was hired Tuesday by the Red Sox, the Yankees biggest rival in the American League East.

Valentine, 61, who managed the New York Mets for six years, created a cross-town rivalry with his taunting of the Yankees. He will now do so from Boston, with a more expensive and talented team.

A new manager was needed after the team decided not to pick up the option on former manager Terry Francona’s contract following a disappointing season in which the Red Sox were eliminated from playoff contention on the final day of the season. Soon after, reports of pitchers drinking beer and eating chicken in the clubhouse during games arose.

Valentine was not among the list of contenders for manager as of a month ago, according to the Times. But with the team in a state of disorder, it was decided that a more experienced and charismatic manager was necessary.

Valentine will come to Boston will more than 3,000 games managed for the Texas Rangers, the Mets and the Chiba Lotte Marines in Japan. It has been nine years since Valentine has managed a major league baseball team. After leaving Japan after the 2009 season, Valentine has since worked as an analyst for ESPN.

For more information on Valentine and the Red Sox, go here.