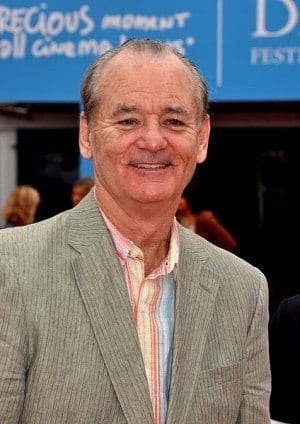 So who are they gonna call?

Bill Murray will not reprise his role as Peter Venkman in a possible Ghostbusters 3.

Internet rumors flew in recent months claiming that Bill Murray sent a shredded copy of the script for Ghostbusters 3 back to writer and star Dan Aykroyd with a note that read, “No one wants to pay money to see fat, old men chasing ghosts.”

Dan Aykroyd put the rumors to rest about Bill Murray in a recent interview with Empire Magazine.

“Bill Murray is not capable of such behavior. This is simply something that would not be in his nature. We have a deep, private personal relationship that transcends business. We communicate frequently and his position on the involvement in Ghostbusters 3 has been made clear and I respect that,” Aykroyd said.

Although Bill Murray is out of the project, Aykroyd is committed to making the film the best it can possibly be. Aykroyd indicated that he would like to make Rick Moranis to resume his role as Louis Tully in the film. Moranis has been retired from the business since 1997, but Aykroyd seems hopeful that with the right script Moranis will be on board.

“If we can get the script to Ghostbusters 3 right, then it would definitely have Moranis as a major component. None of us would want to do the movie without having him as a participant,” Aykroyd said.

Bill Murray has not made a formal statement regarding whether or not he would reprise the role of Peter Venkman if the Ghostbusters 3 project ever goes into production. Either way, the long talked about movie has a long way to go before it hits the big screen.

“The script must be perfect,” Ayrkroyd said, “We cannot release a film that is any less than that. We have more work to do.”

Fans of the original films have weighed in all over the internet. Some have begged Bill Murray to reconsider, while others would like to see an entirely new cast. Others still have said that without Bill Murray, they would rather not see the project done at all.