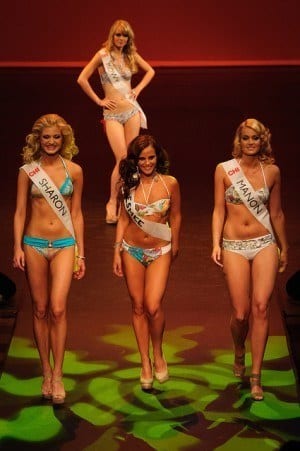 Pageant tries to respect the culture of the Muslim host country

A bikini ban? For a beauty pageant? (Gentlemen, you might need to sit down while reading this article.)

The Miss World beauty pageant has banned bikinis from this year’s competition. The event will be on Sept. 28 on the tropical island of Bali, a location that most would believe ideal for a bikini competition.

Now before any of you men out there get too upset, the ban isn’t permanent. It’s because of the Indonesian location. Indonesia is the world’s most populous Muslim country. The bikini ban is being made to respect the host country’s culture.

“I don’t think Indonesia is the only country that has that culture,” said Julia Morley, chairwoman of the Miss World Organization. “But we like to work in the manner respectful to every country, and I cannot see why when you go to somebody’s country you should not behave respectfully.”

Instead of bikinis, contestants will be wearing traditional sarongs being designed specifically for the competition.

But the bikini ban doesn’t seem to be enough for some conservative Muslims. Clerics from the Indonesian Council of Ulema (MUI) plan to send a letter to Indonesian President Susilo Bambang Yudhoyono, calling for the pageant to be cancelled.

Indonesia is traditionally known as a very tolerant country that prides itself on its freedom of expression. An extremist minority, which has surfaced in recent years, is the source of the pageant controversy.

But Morley sees no problem with the bikini ban for this year’s pageant.

“I don’t want to upset or get anyone in a situation where we are being disrespectful,” Morley said. “We treasure respect for all the countries that take part in the pageant.”