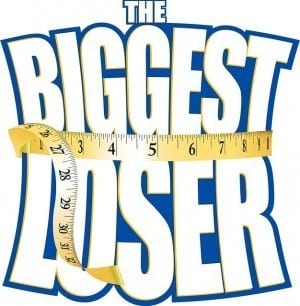 If you’re looking for some motivation to drop that extra ten pounds from the holiday season, look no further than the latest winner of The Biggest Loser.  The hit NBC television show announced their season fourteen winner Monday night.

And let’s face it, fellas.  At a whopping 258 lbs, this pale Midwestern lass wasn’t exactly Prom material, but after shedding 46.9 percent of her body fat and a quick trip to the tanning booth, you might have some competition.

As reported by People Magazine, Allen embraced her trainer, Jillian Michaels- who returned to the program after a two year break.  “At the end of the day, look at me,” Allen said right before her final weigh-in.

Jackson Carter, the first openly-gay contestant, finished third, going from 328 lbs. to 190 lbs., according to People, for a total loss of 42.07 percent body-weight.  Early in the Monday finale, Jackson was revealed to have won the public vote over sales executive Joe Ostaszewski to join the final three.

The Monday finale was also the first time the show featured appearances by all three teen contestants- the first time the show addressed childhood obesity, according to People.  Lindsay Bravo, an 8th grader from Fillmore, Calif., lost 47 lbs. and performed a routine with the cheerleaders from her high school.  Noah “Bingo” Gray of New Windsor, Md., also an 8th grader, lost 43 lbs. and Sanjana “Sunny” Chandrasekar, an 11th grader from Rochester, N.Y., lost 51 lbs.