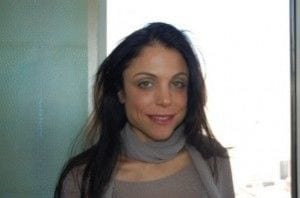 Skinnygirl entrepreneur, Bethenny Frankel, goes back being single after starring on the Housewives of New York.

Turns out, being skinny isn’t the only way to keep your man. Cosmo is wrong. But Bethenny Frankel, creator of Skinny Girl Cocktail, is rightfully rich and recently divorced from baby daddy, Jason Hoppy.

Bethenny Frankel, 42, announced her divorce two days before Christmas and appeared on the Ellen show this week to talk about the split:

“I feel like a disappointment to all of you… I fee like a failure,” she said to talk show host, Ellen Degeneres, who consoled her with tissues and congratulated Frankel on her upcoming daytime talk show.

Though the Housewives of New York reality show that initially led to Bethany Frankel’s claim to fame may ultimately be the cause of her divorce, she’s ready for her new platform with FOX.

“I’ve kind of had the best-worst year ever,” said Bethenny Frankel, staying appreciative of her co-hosting opportunities on The View and Anderson Live.

The couple earned their claim to fame from the Housewives of New York reality show and married while Frankel was 7 months pregnant.

The three-year-old marriage produced 2-year-old baby star Bryn, who gets just as much paparazzi play as her old gal. Baby Bryn has been spotted in many A-List outlets sitting stylishly in her stroller snacking on vegetarian foods.

Though the reality star is worth 25 million, according to the LA Times, she’s requesting life insurance, child support, medical, dental and vision care for both her and her daughter from ex-husband Jason Hoppy, a pharmaceutical sales rep and licensed real estate agent.

Frankel made the Forbes Celebrity 100 this year coming in at 97.