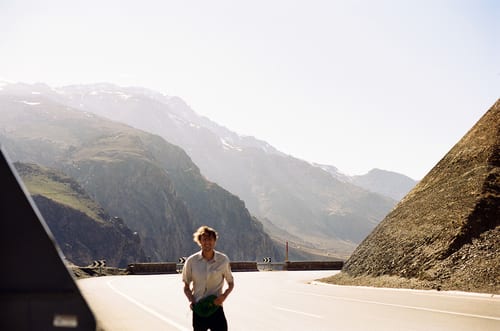 British musician Ben Howard has confirmed dates for his headline North American tour. The announcement comes following the success of Howard’s hugely triumphant sold out UK European tour. The tour, set to begin this Fall, will promote his new album Noonday Dream which is due to be released June 1 2018 via Republic Records.

Howard wrote and produced the tracks that will feature on Noonday Dream, with contributions from the musician’s bandmate and regular collaborator, Mickey Smith. Noonday Dream was recorded over a two-year time frame in studios throughout Europe.

The first track to be released from Noonday Dream, is Nica Libres at Dusk and the album has already started to gain widespread acclaim. “A Boat to an Island on the Wall is a sprawling, mesmerising track that shifts restlessly, rocking back and forth like that small boat on the waves, with the familiar sound of Howard;s low, gruff vocals,” said UK news outlet The Independent.

Since the release of his debut album back in 2011, Howard has seen unbridled success with major chart toppers and global critical acclaim to boot. Every Kingdom (2011) sold more than one million copies worldwide. The album, which features favorites including Black Flies and Old Pine, received a Mercury Music Prize nomination and led to a win of two prestigious BRIT awards in 2012 for best British Breakthrough and best British Solo Male Album.

The artist’s second album I Forget Where We Were (2014) reached similar levels of success. Alongside a track featured on AMC’s The Walking Dead (2010-present) and receiving a nomination for the Ivor Novello Award, the album topped the charts in the UK.

At the time of writing, Howard’s music has racked up over half a billion digital streams.

Howard’s North American tour will begin September 20 in Burnaby, BC.