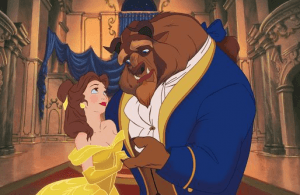 Disney Studios recently announced that a live version of the Disney classic, Beauty and the Beast will be released March 17, 2017.

The news comes after the classic Cinderella saw the light of day recently when it was brought to life in a big picture that recently hit theatres this past weekend.

Other roles include Luke Evans as Gaston, Frozen’s Josh Gad as Gaston’s sidekick, LeFou. Kevin Kline will be playing Belle’s father Maurice and it was recently announced that Emma Thompson will also be joining the Beauty and the Beast cast as Mrs. Potts.

The live-action film will feature brand new recordings of the original songs in addition to a handful of new tracks written by Menken and Sir Tim Rice.

Although it’ll be quite some time before fans can see the film on the big screen, Cinderella recently hit the box office this past weekend.