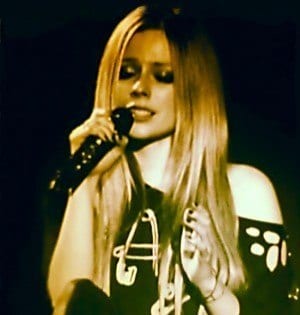 Avril Lavigne has found the one, again. The Canadian rocker is set to marry her boyfriend of six months, Nickelback frontman Chad Kroeger. The two met last February during a collaboration for Lavigne’s fifth studio album and have kept their relationship rather quiet. Hardly anyone knew they were dating until they announced their engagement.

Chad Kroeger’s proposal to Avril Lavigne took place Aug. 8, involving the two musicians and a 14-carat diamond ring. No date has been set yet for the wedding.

While this is Kroeger’s first trip down the aisle, Lavigne was previously married to Sum 41 guitarist Deryck Whibley. The two divorced in 2009. The lady rocker was also linked with Brody Jenner but the pair split up in January, just a month before Kroger came along.

Avril Lavigne has reportedly finished her fifth album, featuring a song co-written with Chad Kroeger, though no release date has been confirmed.