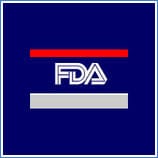 A once promising arthritis medication is now linked to bone decay. The Food and Drug Administration released its safety analysis of recent arthritis drugs that show a clear association with nerve-blocking medications and incidences of joint failure.

Studies were halted on the drugs back in June due to reports of osteoarthritis actually worsening in some patients. The FDA backed this information up with their study. Some patients even suffered from complete joint failure.

Drug makers will bid to keep research and experimentation open based on the fact that used in lower doses; the drug did see little signs of bone decay. Coming Monday Johnson and Johnson, Pfzier Inc. and Regeneron Pharmaceuticals will present their case with studies of the drugs and safety precautions laid out to protect drug users.

The groups will also argue that the rare bone decay symptom was due to a simultaneous use of the arthritis drug and pain medications. Pfizer and Johnson and Johnson found exclusive evidence that bone decay occurred in patients taking the experimental drugs and painkillers like aspirin and Advil.

The analysis published by the FDA supported these findings but also found that the drug Tanezumab through Pfizer was associated with bone problems even when used alone.

The market for such a drug is staggering, with 1-in-5 American adults suffering from arthritis, the groups are adamant on continuing research for the experimental drug with a potential multibillion dollar market.

Drug makers will argue for a modified drug with restrictions on concurrent pain medication use.