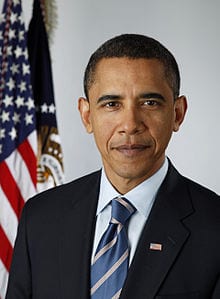 The Arizona sheriff claims the birth certificate was “computer generated”

Questions of President Obama’s natural-born citizenship are being questioned yet again, this time by Arizona’s Maricopa County sheriff Joe Arpaio.

Arpaio announced on Tuesday during a news conference that Obama’s Selective Service registration card and birth certificate are fraudulent. Going on to claiming that the birth certificate, released in April of 2011, was computer-generated.

“At the very least, I can tell you this, based on all of the evidence presented and investigated, I cannot in good faith report to you that these documents are authentic…My investigators believe that the long-form birth certificate was manufactured electronically and that it did not originate in a paper format as claimed by the White House,” said Arpaio.

Chief investigator, Mike Zullo has claimed the numeric codes filled in certain parts of the birth certificate denote parts that have not been filled out, though parts asking for Obama’s father’s race and work have been completed.

Arpaio is claimed to be shocked at the findings, “My original intent was to clear the President of the United States.”

“President Obama was born in Honolulu and his birth certificate is valid…Regarding the latest allegations from a sheriff in Arizona, they are untrue, misinformed, and misconstrue Hawaii law,” said Joshua A. Wisch, special assistant to Hawaii’s attorney general.

The Arizona Democratic Party said in a statement that Arpaio’s intent is to draw attention away from his office scandals. The sheriff’s office has been accused of racial profiling and hundreds of sex crimes the agency has failed to properly investigate over a three-year period.

The Obama campaign has declined to comment on Arpaio’s accusations.