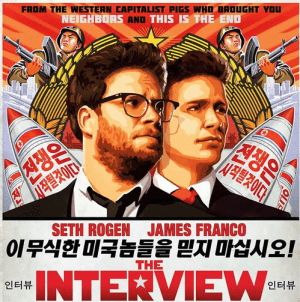 The biggest movie day of the year has come and gone and despite hacks to deter movie-goers from seeing Sony Pictures’ comedy film, The Interview, the box office did well on Christmas Day.

The Interview ended a crazy week with an unconventional released that raked in over $1 million at the box office following its controversy. The film starring Seth Rogen and James Franco was only made available in 330 independent theaters nationwide after threats of terrorism caused major movie chains to pull the movie from its Christmas Day release.

The comedy could potentially make more money online through $5.99 movie rentals in addition to future streaming sales through services like Netflix.

With $15.6 million in sales on opening day, Unbroken ranks as the third-best Christmas Day opening of all-time according to studio estimates from Box Office Mojo. The film, featuring Angelina Jolie is a true story about Olympian and war hero Louie Zamperini (Jack O’Connell).

Disney’s movie musical Into the Woods sat well with movie-goers and trailed with $15 million at the box office on Thursday ranking as the fourth all-time for its Christmas Day opening while The Hobbit: The Battle of the Five Armies raked in $13.1 million.

Night at the Museum: Secret of the Tomb’s garnered $7.4 million while newcomer The Gambler brought in $5 million.