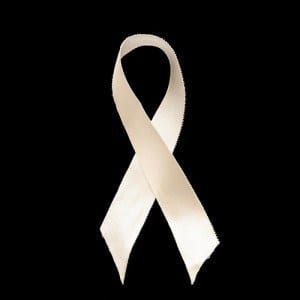 Andrea Robello had a bright future in front of her. Having just finished her junior year at Hofstra University, Andrea Robello was looking forward to an exciting summer with her twin sister and friends, however, things came to a tragic end on Friday when Andrea Robello was used as a human-shield against police gunfire during a home invasion.

The tragic night began as Andrea Robello, her twin sister, Jessica and two other friends returned home from a night out at a local bar. Unknown to the group, they had been trailed by Dalton Smith, 30, a career criminal with a rap sheet spanning 15  years. Smith burst into the house wearing a ski mask and demanding $10,000 owed to a Russian gangster. He was brandishing a gun and threatened the group. As Andrea Robello and her friends handed over all the cash they had in their possession, Smith proceeded to demand more, telling the group, “I saw you at the bar drinking. I know you have more money than this!”

Amid Andrea Robello handing over electronics to the intruder, one member of the group was released under the pretense that she was going to withdraw money from a nearby ATM. Once outside she immediately called the Nassau County police. In the meantime, Smith demanded other valuables and took Andrea Robello and her twin sister, Jessica, upstairs to retrieve their jewelry collection. When Smith realized cops had arrived, he pulled Andrea Robello into a headlock and threatened to kill her.

There was a brief standoff between the responding officer and Smith, when the officer fired eight shots. Seven shots hit Smith, killing him. The eighth shot struck Andrea Robello in the head. Both Robello and Smith died at the scene. According to authorities, the officer responded swiftly, believing both his and Andrea Robello’s life was in danger. The officer, who is a 12-year veteran of the police force, has been put on mandatory sick leave.

As the graduation ceremony at Hofstra University continued over the weekend, what should have been a celebration turned into a somber affair, with graduates and faculty wearing white ribbons to honor the memory of Andrea Robello.

“It’s not going to ever be the same without her. She was a beautiful girl inside and out, and I know she’s watching down on us,” said Robello’s friend, Talia Sperandio.

Funeral arrangements have been made by the family for Wednesday. Andrea Robello was just 21-years old.