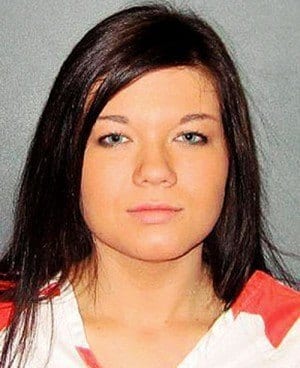 Portwood said she was going through tough time, drug addiction

Amber Portwood has recently been in the news for her five-year prison sentence for drug charges, and now she’s letting fans in on a more personal side by speaking of her suicide attempt.

Amber Portwood, 22, has recently discussed her bought with depression. She revealed in an interview with ABC News that over a three-day period, she took more than 30 Suboxone pills, which she said she is addicted to.

Amber Portwood said her growing anxiety and depression stemmed from the pressure of being in the public eye and the criticism that comes with it.

She added having access to money and drugs only enabled her addiction.

“The depression took over. I’d just take four to five at a time underneath my tongue, and nod out. I had more than addiction problems. I had, you know, mental problems, too,” Amber Portwood said during the interview.

This week, Amber Portwood opted out of her drug rehabilitation program and instead chose to serve a five-year prison sentence. She said this decision came out of her wish to become a better mother for her child and to better herself overall.

“You know, I was very depressed, all alone, all bitter at everybody,” Amber Portwood said in the interview. “I felt like that wasn’t the life I wanted to live. I felt like I’d rather do my time, and get it over with and make the best out of the situation that’s been handed to me.”

Amber Portwood previously was charged with domestic violence against the father of her child, Gary Shirley, in 2010. Shirley now has custody of their 3-year-old daughter.