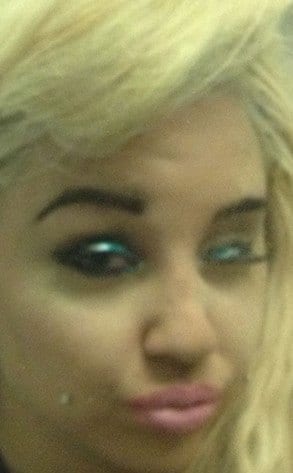 Amanda Bynes, 27, is making headlines, once again. She continues to post the details of her life on Twitter. In a message directed to Complex Magazine, she berated the publication for the coverage it gives to her “ugly ex” Kid Cudi and for the “awful” photo of Aubrey Plaza chosen for the magazine’s cover.

Bynes continued to criticize Complex Magazine, which recently published an article about her titled, “Amanda Bynes Either Needs Help, Or Is Trolling Us All.”

She said she was offered a record deal by Interscope after her role in the movie “Hairspray,” which the magazine would know, “if you sat down and did a normal interview … get the facts as opposed to talking [bleep].”

Bynes tweeted about her relationship with Cudi back in 2010, sharing statements about their sex life.

Radar Online received a statement from a source close to Bynes’ parents saying, “Amanda’s parents and her brother and sister, Tommy and Jillian, are all convinced that Amanda’s erratic behavior on social media websites is her way of crying out for help.”

Bynes has announced that she no longer speaks to her parents.

Last year, Bynes was arrested for driving under the influence, a hit-and-run and driving with a suspended license, twice.

Bynes has previously sent blatantly suggestive tweets to Drake, which never received responses. She has also announced her issues with eating disorders and condoned suicide prevention.

After Bynes’ recent strand of tweets, she posted a picture of herself wearing heavy makeup and winking at the camera, with the caption, “Rawr!”