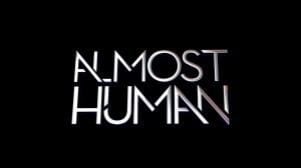 Almost Human almost delievers a good first outing in last night’s premiere; almost. The sci-fi drama that Fox wants you to think of as the next Fringe pretty much plays out like an episode of Fringe; specifically the pilot. Almost Human was created by Fringe showrunner J.H. Wyman, with Fringe creator J.J. Abrams serving as executive producer.

Almost Human’s series premiere details the futuristic future of 2048 – the world is a violent place filled with crime, drugs and Japanese-influenced architecture. Because the crime rate of the world of Almost Human has risen to 400 percent (no joke), every police officer is partnered up with “an advanced combat-model android.”

The top cop of Almost Human is Detective John Kennex, played by nostril flare professional Karl Urban. We discover that Kennex has been in a coma for almost two years due to a run-in the faceless criminal organization “The Syndicate,” which will most certainly serve as the primary antagonist of Almost Human.

Kennex is trying to recover memories of his fight with The Syndicate with the help of a black market doctor and an illegal memory-retrieving procedure. His injuries sustained from The Syndicate also include the loss of his leg, which has been replaced with a synthetic robo-leg, making him “almost human.” – HEY-OH!

Kennex isn’t exactly the perfect picture of mental health, suffering from PTSD, his robo-leg having the functionality of a fickle toaster and basically just not liking the android partnered-police force status quo. Early on, Kennex’s clearly visible problems are spotted by his MX class android partner, so Kennex pushes the droid out of his moving car into traffic.

Kennex is then partnered up a DRN-class android, who goes by the name of Dorian (Michael Early.) Unlike the MX-class, Dorian is part of a series of androids that were programmed to have emotions and draw conclusions, but were mostly decommissioned after they “went crazy.” But for some reason the police chief wanted to use old crazy bot anyways. So Dorian’s free thinking and emotional capacity give him the ability to be “almost human” as well – DOUBLE WHAMMY!

Kennex and Dorian get into the buddy cop scenarios that you’d expect them too, especially with the framework of human and robot partners. A sweeping generalization of an exchange between the two of them would probably be something like:

Kennex: “What do you know about that, you’re just a damn robot! Rasa frasa.”

Dorian: “I’ve been programmed to think and feel; I’m not like the other robots.”

Kennex: “Well I guess I’ll just have to wait and see until you inevitably prove your worth to me and I respect you, won’t I?”

Almost Human isn’t horrible by any means, but it’s not a hugely impressive freshman episode for a television show. Most of the key beats of the pilot are nearly identical to those of Fringe’s pilot back in 2008: tough cop, chemical warfare, high-tech weaponry and a shadowy organization with a very unclear goal. The latter is probably the most frustrating part of the series thus far.

While it’s understandable that Almost Human is trying to establish a world that its characters live in, there are a lot of plates spinning in the first hour; many of which have been done (and overdone) before. At this point the basic gist of Almost Human could be about several things: A) a corrupt police force B) The continuing arms race in the form of robots C) An unseen enemy’s attack on society or D) The ongoing conversation that science fiction has with us about our humanity, our soul and loveable robots.

The most interesting potential that Almost Human has lies in the class warfare between humans and robots. Several times in the premiere, Kennex calls Dorian a “synthetic,” which Dorian responds to as if it is a racial slur.

Race allegory or just buddy cop show in the Asiatic future? We shall see my friends. Almost Human continues its two-night premiere tonight on Fox at 8 PM EST.

Previous ArticleBrace Yourself: iPhone 6 rumors are comingNext ArticleMad Catz Strike 3 Keyboard Wont Replace Your Significant Other … or Will It?