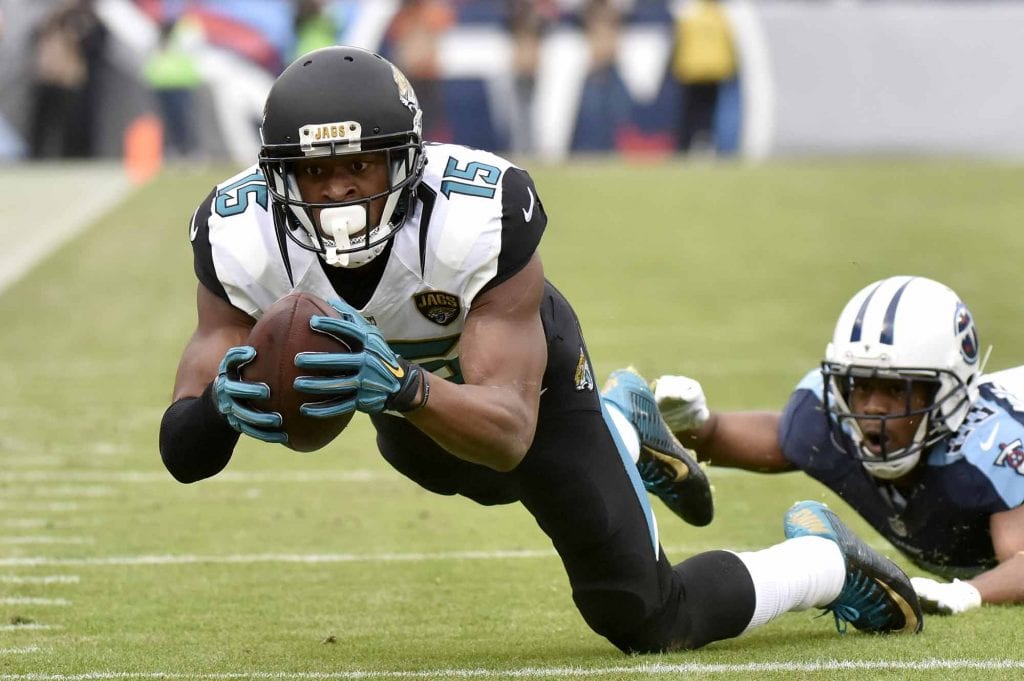 The Chicago Bears are reportedly expected to land Jacksonville Jaguars receiver Allen Robinson when the free agency opens to coincide with the new league’s kick-off on Wednesday.

Bears fans expect the three-year $42 million deal to help to solve their prior receiver deficit.

Returning after a torn ACL injury, sustained in week one of the 2017 season, the 24-year-old’s most explosive season to date was 2015, when he caught 80 passes for 1,400 yards and scored 14 touchdowns.

He saw the same number of targets (151) the next year, but saw his overall numbers decline (73 catches, 883 yards, and six touchdowns).

Robinson made just one catch in 2017 before suffering his torn ACL.

Speaking on SiriusXM’s Mad Dog Sports Radio on Monday, Robinson singled out the Chicago Bears as a potential fit.

‘It comes down to some other variables as far as kind of narrowing that down.

‘But from what I’ve heard about Chicago, it’s an amazing city and football town.’

The Bears, who haven’t had a 1,000-yard receiver since 2014, struggled to replace former cornerstone Alshon Jeffery following his departure in free agency.

Their troubles in the passing game were compounded further by leading receiver Cameron Meredith’s 2016 ACL injury before the start of the season.

The Chicago Bears are hoping for a turnaround in their fortunes with Robinson, who now steps in as their immediate number one choice.