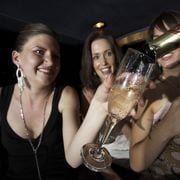 When young men and women head off to college, many will think about the excitement and anxiety of being away from home, kick-starting their adult lives and smaller details such as buying books and finding their way around campus.

It’s a safe bet that few will think about facing health care decisions on their own. But with the myriad issues they may face in college, learning about their own health care is one of the most important tasks for college students to take on, says Thomas L. Schwenk, M.D., chair of the Department of family medicine at the University of Michigan Medical School.

“Going to college is a tremendous opportunity and a great time in a young person’s life,” he says. “It’s also a time when students, many of them for the first time, need to really think about their own health and becoming a health care consumer. It’s very important that they should be active and begin to be a little more assertive as they take charge of their health care.”

Schwenk says parents, roommates and individual students all can play a role in preventing over-consumption of alcohol. “I think parents have to think very carefully about how they approach this,” he says. “It can range from no discussion whatsoever, with the assumption that a student would not seek or drink alcohol — which is probably denial, but it might work — to a very explicit discussion and some clear guidelines about the more limited, moderate use of alcohol as opposed to binge drinking.”

Roommates and friends, he says, share some social responsibility — though no legal requirement — for confronting someone who is consuming far too much alcohol. One option is to ask an older student or resident adviser to step in an discuss the potentially destructive consequences of such behavior, he says.

Of course, the ultimate responsibility lies with the student himself. On a large scale, drinking by college student is shifting in some good ways and some bad, he says.