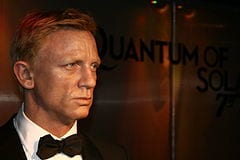 Acting legend Albert Finney has reportedly signed on to co-star in the upcoming James Bond film.

According to the Daily Mail, Finney, 75, will join the cast of fellow Brits Daniel Craig, Judi Dench and Ralph Fiennes, as well as Spaniard Javier Bardem in what could be the most talented cast in the history of Bond films.

Finney will play a high ranking intelligence official, with powers suspected of including supervisory duties over M, played by Dench. Bardem has been confirmed as one of the villains in the Sam Mendes directed film, while speculation has Fiennes squaring off against Bond as well.

Finney, one of entertainment’s most decorated stars, has several awards under his belt including multiple BAFTAs, Golden Globes and an Emmy. He has been nominated for five Academy Award but has yet to win an Oscar. He already has great experience with espionage films, with his participation in the “Bourne” series and 1967’s “Gumshoe,” in which he played a private eye.