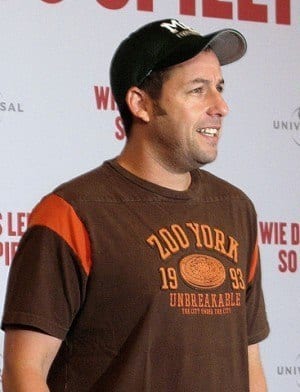 Adam Sandler was exploited during the Sony hack that took place just before Christmas Day to cease the release of Sony Pictures comedy film, The Interview.

In emails leaked as a result of the hack, Sandler’s filmed were called “mundane” and “formulaic.” Additionally, in a leaked email, Sony head Amy Pascal referred to Sandler and his production company, Happy Madison as “assholes” on more than one occasion.

Aside from being a victim of the Sony hack, Sandler was recently named by number one on Forbes’ list of ‘Most Overpaid Actors.’

According to the report, Sandler brings in an average of $3.20 for every $1 he earns which is just twenty cents less than last year when he topped the list for the first time. Despite his earnings, his films Blended featuring Drew Barrymore garnered only $46 million while Men, Women & Children earned only $705,809.

Sony will be releasing Sandler’s next two blockbusters, Hotel Transylvania 2 and Pixels.