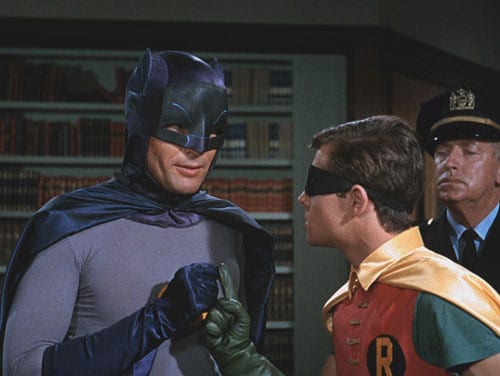 Adam West, the American actor best known for starring in the 60s TV series, Batman, passed away at the age of 88 on June 10. West died peacefully in Los Angeles after a “short but brave battle” with leukemia, a family spokesperson said.

Adam West’s Batman will always be fondly remembered for never taking itself too seriously. In an age before superhero films decided to adopt a more bleak outlook, audiences would tune in time after time to watch Adam West’s tongue-in-cheek Batman consider predicaments. One of the most memorable scenarios in the show is when Batman is trying to dispose of a bomb in the ocean while a set of ducks gazed up below, spawning one of the shows most quoted lines “some days you just can’t get rid of a bomb”. This is a softer, kinder tale with great spirit and humor that is perhaps lost in our modern age of TV and Film; but with the help of Adam West, moments such as these sit in our hearts and minds.

In later years, Adam West joined the cast of Family Guy, playing Mayor Adam West. The creator of show, Seth MacFarlane, paid tribute to the actor saying he had “lost a friend” and described him as “irreplaceable”.

His fellow Batmen also paid tribute to him, including Ben Affleck, Val Kilmer, Kevin Conroy and Will Arnett. His family honored his memory, calling him a “Bright Knight” and stated, “He always wanted to be our hero.”

Adam West was born in 1928 in Walla Walla, WA, and began his acting career in Hawaii in the 50s. Adam West is survived by his wife, Marcelle Tagand Lear, his six children, five grandchildren and two great-grandchildren.