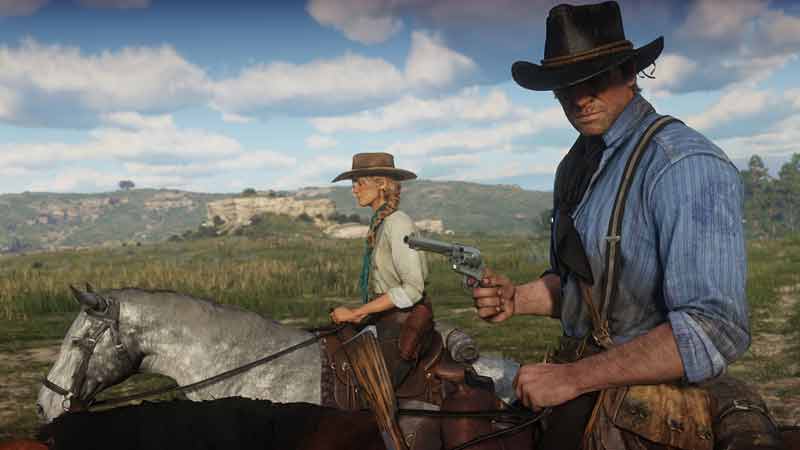 Move over Hollywood, Silicon Valley has taken over the entertainment industry.

Each year it seems the revenue gap between video games and movies widens, and the video game industry is the reigning champion. In North America alone, video games grossed more than $30 billion, while movies limped in with under $12 billion. Gone are the days of waiting for the next Hollywood blockbuster to drop. For 2018, it’s going to be all about those AAA titles.

It’s important to remember that video game release dates are very fluid. They’re ever-changing and delays happen often. With that in mind, here’s what you can look forward to for 2018—with rough estimates of when to expect them.

The first half of the year has historically been the slowest and 2018 looks to follow that same path. For the first time the Monster Hunter series will be available on a console other than Nintendo. Monster Hunter World (PS4, XBO) has a heretical following worldwide and, with the expansion to Playstation 4 and Xbox One, will continue its conquest.

Ubisoft will be releasing Far Cry 5 (PC, PS4, XBO) early in the year as well, helping to quench the thirst of what could be an early drought for gamers. The free roam, sandbox gameplay should provide hours of entertainment while waiting for the next wave of games to release. Additionally, Far Cry has a history of creating despicable, charismatic bad guys that add extra depths your adventure.

An honorable mention goes to Super Mega Baseball 2 (PC, PS4, XBO), an indie darling that won’t get the same attention as some of these other games, but should be viewed as a diamond in the rough all the same. Delayed from 2017, SMB2 will be launching just in time for Major League Baseball season and provides wacky, fun, arcade-style gameplay.

Looking into the last half of the year is nearly impossible. However, there are games slated for a 2018 release that don’t have dates yet, but even a casual observer could guess that we’d see them in the latter part of 2018.

Exclusive to Windows 10 and Xbox One is video game Crackdown 3, created for anybody who wants to be a crime-fighting super-soldier. Jumping tall buildings, throwing cars, and running down vehicles is just a fraction of the amount of awesome typically included in a Crackdown game. Throw in a sprawling map, collectibles, ridiculously designed weapons and sparkling visuals, Crackdown 3 has high expectations for Microsoft and gamers alike.

Playstation 4 isn’t without its own exclusives, either. With God of War, we’re finally going to get a chance to play a new story on the most recently released console. Moving on from Greek gods, players will experience a wider open world and a story that focuses on Norse Mythology.

Spider-Man is the other video game exclusive to PS4 and, since the trailer at E3 in 2016, has had fans champing at the bit for a chance to play. Because it’s not tied to a movie, comic book, or television show, the developers behind Spider-Man have been given the chance to tell a story on their own terms and fans should be excited.

Developer Rockstar announced the sequel to their wild west hit with Red Dead Redemption 2 (PS4, XBO), but the studio has a history of delays with most of their games, so that’s worth noting. Still, if RDR2 hits their 2018 release date expectation, gunslingers will get a chance to see life through the eyes of a new outlaw, Arthur Morgan. The game takes place prior to Red Dead Redemption, so expect to see a few nods to John Marston and his story as well.

It’s worth mentioning that, to this point, every major video game title is one of an already established series. Game developers and publishers seem to be taking less risks, but 2018’s most anticipated title of the year is only new IP on this list. Bioware has teamed up with EA to release Anthem (PC, PS4, XBO), a third-person, online multiplayer, action RPG, and it looks breathtaking. Players are essentially mercenaries who use exo-suits (called Javelins) to complete contracts in an open world. Character roles are determined by which Javelin is equipped and players will need to work together to maximize their abilities. From what has been seen, Anthem’s environment goes from the depths of the seas to the tops of mountains and includes every ecosystem in between. EA’s own VP, Patrick Soderlund, has commented that he expects Anthem to be “the start of maybe a 10-year journey,” for the players.

Given EA’s recent bad publicity over loot boxes and micro-transactions in their video games, most notable Star Wars Battlefront II, one has to wonder how much influence they’ll have over Anthem. Bioware is a veteran studio though, and one with a solid reputation. Watch for Anthem to top the charts in 2018.