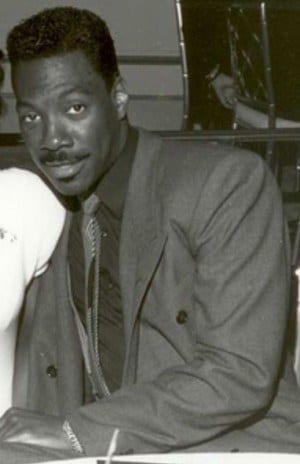 A Thousand Words fails and misses its mark and leaves fans asking “what?” The premise of A Thousand Words is that Eddie Murphy’s character Jack McCall, a literary agent, can only speak a thousand words. With each word he speaks, a leaf falls off of the Bohdi tree that magically appears in his back yard.

Murphy’s character is a jerk, and the film attempts to act as a cautionary tale about the power of words. But with removing the funny man’s key asset, his speech, the movie sits flat and seems pathetic. His character isn’t event he type of jerk that you want to eventually like. You just want the film to be over.

The A Thousand Words was shot in 2008, but its release was held, and maybe it should never have been released. Removing Murphy’s machinegun-like speech is perhaps one of the biggest mistakes the film could have made. Fans of Murphy’s Beverly Hills Cop films will feel greatly disappointed and even slightly cheated. Though, this shouldn’t come as a surprise, given Murphy’s recent slew of sorry films over the last few years

A Thousand Words, having opened March 9, performed terribly over the weekend, finishing in 6th with a pitiful domestic grossing of $6.3 million.

Let’s hope Murphy gets the hint and returns to making the types of films that first propelled him into stardom.