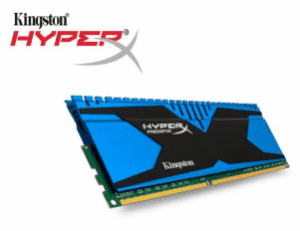 Earlier this year PC memory and storage — both RAM and HDD/SSD — were at rock-bottom prices. Due to some external events, the cost of hardware has slowly started creeping up, meaning anybody looking for an upgrade will want to do some research before firing off hundreds of dollars. Kingston, a well-known name in the industry, presents options for both the RAM and storage section of your home PC and their prices are on par with the rest of the industry. Of course, the price is only one important part of the hardware. As it’s boiled down and we get a look at the specs, it’s easy to see that Kingston offers quality products at a reasonable price. The fact remains that the numbers matter, specifically when you’re looking at speeds. So how does the Kingston HyperX Predator RAM and HyperX 3K 240GB SSD stack up?

We’ll start with the storage, the HyperX 3K SSD, and an impressive box of goodies. Along with the drive and the case mount (SSD’s are notoriously small), Kingston includes an enclosure to allow users the options of mounting the SSD within the PC, or using it as a mobile, external drive. And because of the solid-state for which the drive is named, dropping the drive is far less dangerous than your typical HDD, filled with moving parts all ready to break and ruin your day.

Performance is the most important aspect of the SSD and Kingston advertises their HyperX 3K to have 555MB/s read speed against its 510MB/s write speed obtained using ATTO Disk Benchmark 2.41, both quite impressive. Using the most updated version of ATTO Disk Benchmark, version 2.47, shows results similar, though not quite as advertised. During home tests, the maximum write speed was slower than advertised, capped at 488MB/s, while read speeds were actually faster, giving results of 540MB/s.

Stepping away from ATTO Disk Benchmark and relying on a different program, CrystalDiskMark 3.0.2, results were slower than advertised still. Sequential read and write provided results of 405.3MB/s & 127.4MB/s, respectively. Further, random read/write tests, performed with different packet sizes, show that the SSD tops out at 144MB/s, although that’s with a queue depth of 32 with 4KB packets — the largest of the test. What that means is that Kingston has ensure that the larger the read and the more actions performed, the more efficient the drive is. That’s of import due to a large number of gaming enthusiasts using SSD’s for their most used game, taking advantage of the benefits an SSD brings.

The advantages are, of course, the read/write speed already discussed. For those unfamiliar with the specs of your typical HDD versus Kingston’s HyperX 3K SSD, the results are clearly in favor of Kingston. Using two separate HDD’s, one a Western Digital Velociraptor (1TB), the other a Seagate Barracuda (3TB), with the exception of one test — sequential write — the HyperX 3K SSD annihilated the competition.

Priced between $194.99 and $268.00, depending on where you’re shopping, the average cost of $239.99 was expected, as SSD’s tend to cost approximately $1.00 per GB of storage. For enthusiasts looking for a noticeable different in read/write times, Kingston’s HyperX 3K SSD fits the bill. With impressive speeds, though not quite as advertised, and options for users to go internal or external Kingston has done well to make this attractive to an array of customers. Installation is still a bit of an ordeal, forcing users to walk through an obstacle course of steps before use, but for anyone who can follow directions and has even a trivial knowledge of hardware installation, it’s uncomplicated and in the end you’ll have a fast, efficient, reliable SSD.

Aesthetically speaking, again starting with the most unimportant aspect of the hardware, the HyperX Predator is an eye-catching metallic blue, emblazoned with a black ‘X’ to leave no doubt what brand of hardware you’re dealing with. While most memory is decorative to a degree, the heatsink attached makes the Predator far more noticeable. It’s hard not to notice a 2.1” blue chip sticking out of your motherboard, after all. And with the extension being a heatsink, Kingston ensures that substance is added to the style. The downside, from a motif perspective, is that the Predator comes in just the one color. So if you’re designing your PC with the intent of showing off the beautiful insides, you’ll have to find other hardware (and LED lights, though they’re not as popular as years past) that sticks with the color scheme.

The Predator (DDR3 SDRAM, 2x8GB) tests show that it excels in having low latency, showing 74.6 ns using MaxxMEM for benchmarking; this latency is important because it’s the delay from the moment the memory gets a request to the time it’s performed. The Predator’s copy and read times are also impressive, boasting 8,186 MB/s and 8,666 MB/s respectively. Kingston has shown with this iteration that they excel at access and response, giving results that exceed most consumer brands and models at a similar price point, during basic testing.

One category to be wary of is the memory’s write-speed, clocking in at 5,126 MB/s, which affects the rate at which data is stored on the Predator. Against other memory in its category, the HyperX Predator scored lower than most (again, using MaxxMEM), though admittedly overclocking — which was not done for this testing — would change results. These speed tests indicate it will take longer to get the information stored to the RAM than it would for some other brands, but once it’s stored and being accessed, the Predator is at the top of its class. It should be noted that other Kingston memory also scored in a similar way, showing fast read/copy speeds versus slower writing.

Reports have shown that the HyperX Predator can run at a high temperature as well, despite it being tested and confirmed to operate up to 85°C, though in the test system it ran without heat issues. Of course, the system used for testing has five fans moving air through, so that’s not unexpected. With just one fan though, others had similar results. That may be attributed to the heatsink, mentioned previously.

The Predator’s timing parameters showed CL11-12-11-24 (XMP Profile #1) on the information that was sent with the test samples. Actual tests show a significant difference, and for the better. After installation and use, results of CL9-9-9-24 (XMP Profile #2) were given, meaning the memory had lower latency and was performing better than expected. Note: Kingston’s own spec sheets do indicate that this is possible, so it may simply be a matter of an ideal conditions or a setting inadvertently triggered by me.

Installing 16GB (2x8GB) of Kingston HyperX Predator memory isn’t for those looking to build a low-tier PC that will be used for browsing the internet and using Facebook games. It’s for enthusiasts that need low latency and high read access times. Gamers and video editors will get use from these and can justify the cost, which is around $163.99. Because memory has started creeping higher and higher, we know that research is going to be ideal when you’re in the market for some new memory. Kingston’s lifetime warranty, aesthetically pleasing design, and high-end results once again thrust them into the spotlight and may be exactly what you need to upgrade your system without breaking the bank.