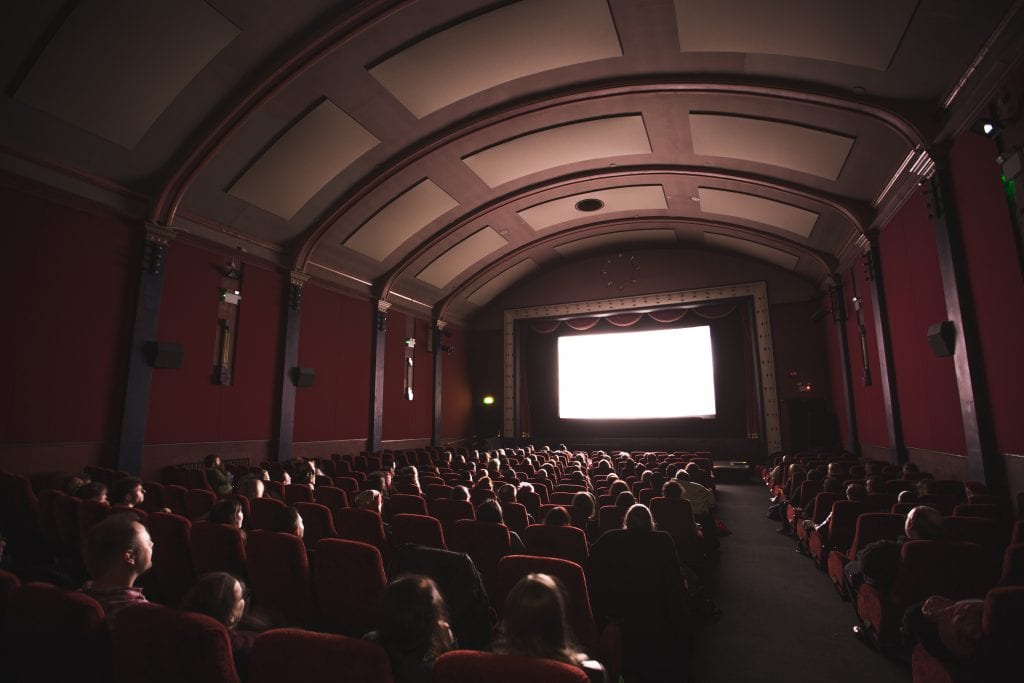 Film fans and casual film-enjoyers alike are all faced with the same decision when they reach the ticket booth: 3D cinema; yea or nay?

I don’t know about you, but I hold the opinion that 3D cinema viewing is becoming a little tiresome. Before the release of James Cameron’s Avatar back in 2009, the concept of 3D cinema was dead and buried. Its revival accompanied Cameron’s purposefully shot motion picture, which employed stereoscopic shooting that presented a breakthrough in cinematic technology.

What a leap from the medium’s archaic origin in the 1890s, when William Friese-Greene filed for a patent of a 3D film process. The first 3D film, which premiered at The Ambassador Hotel, was called The Power of Love (1922). Anaglyph glasses were produced to accompany it—anybody young enough to live during the 80s will remember these awkward specs with differing colored lenses. However, since Cameron’s revolution of the 3D experience, cinemas across the globe haven’t been able to get enough of it.

While I can’t fault Cameron’s flawless blockbuster, Avatar, which worked beautifully alongside the intentional 3D effects—I can’t help but wonder, has 3D cinema had its day? And what proportion of the public really enjoys the experience? This is precisely what I intend to investigate.

“You are more likely to find the hidden door to Narnia than you are finding an IMAX cinema that has a ‘without 3D’ possibility.”

If you are like me, by the end of a 3D movie your eyes will be raw from the constant attempt to focus them for the entirety of the feature. While 3D cinema boasts of enhancing cinematic features—flying debris looks as though it’s hurtling towards you and spherical objects look even more spherical—I always find the image to be blurry. Being a self-proclaimed cinephile, the resolution of the image is a key factor in my experience. 3D was developed in the hope that it would create an immersive reality for spectators; making them feel a part of the action. Personally, I believe that if the film has been carefully choreographed with thoughtful storytelling, lighting, action and cinematography, I will be well and truly immersed. Certainly no need for blurred objects to fly at my face for that to be achieved.

Not wishing to discredit the art of 3D cinema completely, I believe it can work effectively but there is a time and place for it. If the effects are used in a way that doesn’t allow it to detract from the storyline, but rather enhance it, then these are the films that use it successfully. Unfortunately, 3D cinema has started to apply itself to more unconventional genres like romcoms and horrors. These are not naturally set up for 3D viewing. Horrors in particular are conventionally shot with a dark palette; combined with dark 3D glasses, it can cause a terribly dull visual ordeal. To save money, various low-budget projects have decided to convert their material to 3D post-production. This results in a shoddily made motion picture, that doesn’t align with the objectives of 3D. In an interview with Business Insider, Sean O’Connell, movie content director for Cinema Blend commented that, “if and when you are going to use 3D, you have to plan your shots differently. Applying 3D to already-filmed material rarely helps. You are forcing a square peg into a round hole, essentially.” Likewise, the Guardian reported that “film-makers are beginning to turn against studios that authorise cheap post-production conversions in the hope of achieving a short-term financial return.”

One of my biggest complaints is that 2D options have become far and few between since 3D’s late surge. You are more likely to find the hidden door to Narnia than you are finding an IMAX cinema that has a “without 3D” possibility. However, mine is one lowly opinion—what really matters is what everybody else thinks. A social group that is known to dislike the 3D cinema frenzy is those with prescribed glasses. They are faced with the unfortunate decision; “do I go for glasses on glasses?” Or “do I choose impaired vision with only the 3D glasses?” Neither are enjoyable options; the latter meaning reduced quality and the first causing discomfort.

The steadily growing grumble of the public appears to be finally reaching the ears of critics. Earlier this year, TV giants Samsung, LG and Sony halted production of their 3D TV sets. Each confirmed that there was a lack of enthusiasm and demand within the market. “Based on current market trends we decided not to support 3D for our 2017 models,” stated one of Sony’s representatives. Instead, each of these companies will be investing in improvements to their high dynamic range (HDR). While this relates to disengagement with 3D home entertainment, it may also indicate the possibility that cinemas will eventually follow suit in phasing it out.

What are your views—3D cinema: yea or nay? Do you think it’s here to stay or is it a fad that is soon to pass? We want to hear your views!

You might also enjoy: Seven Best Films to Watch on a Rainy Day