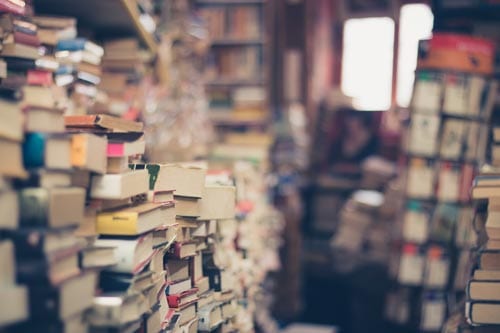 As the year comes to a close and you finally have time to unwind and read for pleasure, College News brings you the gift of the best 10 books of 2016. From dramas to the downright surreal, you’d be mad not to pick up one of these reads.

To begin our 10 best books of 2016 list, this thought-provoking biographic farewell memoir, published posthumously, is an insight into one dying surgeon’s thoughts on life and death. Kalanithi died at the age of 37 from metastatic lung cancer. Gripping throughout, this novel won the Goodreads Choice Awards for Best Memoir and Autobiography.

Published in July 2016 and ranking high on our list, one of our best books of 2016 is The Girls, by American author Emma Cline. 14-year-old narrator Evie Boyd develops an obsession with an older girl who leads her down a dangerous path of sex, drugs and violence, getting caught up in a soon-to-be infamous cult.

Danler’s Sweetbitter is a documentation of a year-in-the-life of protagonist, Tess, as she gets a job as a waitress at a famous New York restaurant. Her appetite for all things culinary grow as does her love for fellow waiter while she becomes emotionally attached to an older “mom” figure.

Set in South-Korea, a woman’s sudden conversion to vegetarianism after she has a violent and bloody dream, “The Vegetarian” is a tale of family disintegration. In her husband’s words she is, “completely unremarkable in every way”. She stabs herself in revolt after her father tries to force feed her pork and this sets the tone for the rest of the novel. Surprising and unexpected, this is a thriller not to miss as 2016 comes to a close.

Heralded as “transcendent” by the New York Times Book Review, number five in our 10 best books of 2016 list is “What is not Yours is not Yours”, a collection of short stories. An exquisite series of prose that intertwine with each other as you read on, these tales refreshingly defy direction and expectation, confusing and defining a new realm of beauty. A must-have for the escapist.

“The Lonely City” shortlisted for the 2016 Gordon Burn Prize. Another biography that’s made our best books of 2016 list, Laing’s novel explores what it means to be lonely after moving to New York City and finding herself experiencing profound loneliness. She deals with and explores this feeling by way of art. A profound read, one for those searching intrinsically for the meaning of being human.

The tale of a woman slave coming into womanhood, Cora and a new arrival to the cotton plantation on which she works decide to take the terrifying risk and escape through the Underground Railroad. Faced with dangerous obstacles, will they free themselves from their nightmare? A troubling and unforgettable read.

Of course we’d throw in a Harry Potter read for our best books of 2016 list! Different in style, Harry Potter and the Cursed Child is actually the published version of the theatre play currently showing in London’s west end. Set in the future, Harry is an overworked employee at the Ministry of Magic, struggling with the inherited family legacy that he never chose. An obvious choice for Potter fans everywhere.

This satirical novel is the story of a young man and his isolated childhood; the novel challenges the United States constitution, the tenuous grapple of racial equality, a father-son relationship and the civil rights movement. Gripping at every turn, it’s no wonder The Sellout made number nine on our best books of 2016 list!

And last but not least, although not published in 2016 (in fact published in 1843!), we thought “what is a ‘best books of 2016’ list in winter without a Christmas story to boot?” For number 10, we’ve chosen this beloved classic novel by Charles Dickens that tells the tale of a bitter old man whose lack of generosity gives him a reputation in his town. Met with the ghosts of Christmas past, present, and future during the night of Christmas Eve, Ebenezer Scrooge is haunted with the sights of a bleak and lonely future if he doesn’t change his ways. A Christmas miracle is born when this notoriously beguiled man becomes the cheer of the town.

That’s our best books of 2016 list for you—was your favorite listed here?