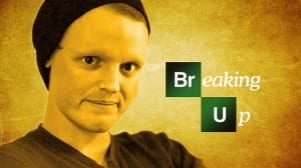 Zach Sobiech, 18, died Monday after losing his fight with cancer. His song “Clouds,” a farewell message to his loved ones, has touched millions of YouTube viewers since it was first posted in December.

“With heavy hearts, we are saddened to share that Zach Sobiech passed away this morning,” the Children’s Cancer Research Fund announced on its website. “Zach was at home and at peace with those he loved most.”

Sobiech, who celebrated his 18th birthday earlier this month, was diagnosed with osteosarcoma, a rare form of bone cancer, at the age of 14. Last May, after running out of treatment options, Sobiech was given a year to live. With the bleak prognosis in mind, he wrote “Clouds” as a way to cope and say goodbye to his friends and family. The video quickly went viral, and his story gained support all over the world.

“Our family has been blessed not only by his amazing presence in our lives, but also by the love and support of our family and friends and by so many people in the community,” Sobiech’s family said in a statement. “In particular we’d like to thank those people who listened with their hearts and helped Zach bring his message and his music to the world.”

As the one-year mark loomed closer, the amount of encouragement Sobiech received was astounding. Celebrities were eager to pay tribute to him and support his cause. Ashley Tisdale, Colbie Caillat, Jason Mraz, Sarah Bareilles, The Lumineers, Phillip Phillips and others were featured in a music video singing Sobiech’s song to raise awareness and funds for childhood cancers.

Sobiech’s family also started the Zach Sobiech Osteosarcoma Fund to raise money for cancer research. The disease is so rare that it has not received major funding through other efforts, but this newly-founded fund and the popularity of Sobiech’s music could help change that.

“Because of Zach, his family’s support, and the donations of thousands in his name, kids with osteosarcoma will have better outcomes in the future,” the Children’s Cancer Research Fun wrote in its statement. “This was a source of comfort to Zach in his last days, and will provide comfort to his family going forward.”

Even after his death, Zach Sobiech’s life will go on in the form of his inspiration through music. “And maybe someday I’ll see you again,” Zach sings. “We’ll float up in the clouds and we’ll never see the end.”