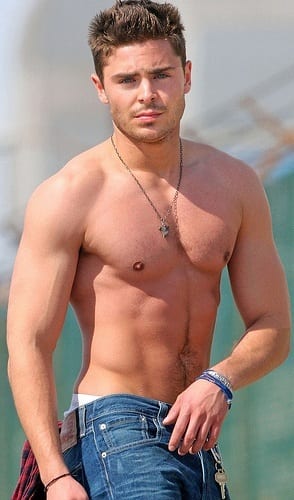 Zac Efron, former Disney star and current heartthrob, has slowly but surely been breaking out of his “Disney” shell. Zac Efron has been taking on edgier, more adult roles for the past few years, but it seems he’s also made the unfortunate pitfall that most former child-stars do: A trip to rehab.

Zac Efron quietly entered rehab five months ago and completed treatment. Surprisingly, the story did not break at the time of Zac Efron’s treatment, but now that it has, there are conflicting reports as to why he checked himself into rehab. Originally it was reported that Zac Efron had issues with alcohol, but now, it’s being reported that the real reason is much more startling and that Efron had become addicted to “Molly” and cocaine.

Apparently his addiction came to a head during the filming of “Neighbors” with Seth Rogen. Zac Efron’s drug use got so bad that he missed several days of shooting because he never showed up to the set.

“It was common knowledge he was struggling with cocaine,” a source told TMZ.

Zac Efron rose to fame starring in Disney’s “High School Musical” series, followed by a number of high-profile roles alongside Hollywood heavyweights. While the films might not have been box office gold, he has slowly made a name for himself as a sought-after actor with legitimate talent.

Most recently, Zac Efron attended the Toronto International Film Festival to promote his latest film, “Parkland.” Zac Efron told red carpet reporters that he was feeling “good, real good.” Neither Efron, nor his publicist could be reached for comment.

For Zac Efron’s sake, let’s hope first time’s the charm for his rendezvous with rehab. No one wants a fate like Lohan or Corey Monteith’s to befall him.