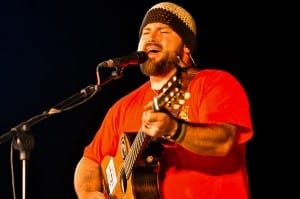 The country band is proud of their diverse CD

Country music fans everywhere have loved the unique sound the seven men of the Zac Brown Band have given us over the years. However, their new album, Uncaged, that is released this week and purposely avoids Nashville conventions, holds a different sound with a deeper meaning to the Zac Brown Band.

The Zac Brown Band aimed to create this album to have a powerful artistic declaration rather than focusing on having top hits and a lot of radio exposure. Uncaged will help give the Zac Brown Band a reputation of musical diversity rather than merely keeping with the safe sound and genre they, and most other country artist, tend to stick with. Uncaged touches in many different genres including rock, R&B, reggae, soul, bluegrass and country.

“We’re a vocal band and then the kind of music we decide to put around it is whatever we want it to be for that song,” Frontman Zac Brown said. “Each song has its own life. People are like, ‘You’ve got an R&B song on there?’ You’ve got to listen to it. In a weird way, it all works together.”

The Zac Brown Band explained how their music holds a greater meaning to them than just trying to get a lot of time on the radio. They are not trying to participate in the music industry game by reproducing the same sound and compete for good ratings on the music charts. The Zac Brown Band cares more about the meaning, the message and the feeling of each of their songs.

Touring in Europe with the Nashville-based rockers, Kings of Leon, and seeing their fans reactions to both of the bands blew the Zac Brown Band away.

“That energy from that crowd was unlike anything I’d ever seen before … People were going crazy,” Zac said. “I was standing there and I wasn’t crying, but tears were just rolling out of my face. It was moving to see what kind of music evokes that energy from those folks.”