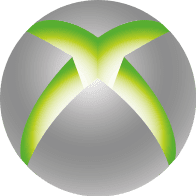 Xbox fans will be pleased to hear that a new gaming system will be coming their way soon. Microsoft is expected to release details of the new Xbox gaming system today during a presentation at their headquarters in Redmond, Washington.

The Xbox 360 hit the market eight years ago and has remained one of the best-selling consoles ever since, allowing Microsoft to lead the gaming industry. The news that the Xbox One would debut by year’s end sent gamers into a frenzy. Microsoft recognizes that modern gamers want more than just gaming on their consoles and intends to deliver. The new console will feature voice command, universal gestures and cloud integration. Not only that, but players will be able to seamlessly switch between gaming, TV and web browsing with the ability to run multiple programs at once. The Xbox One will also have a Blu-ray drive and the Xbox Live servers will be updated in order to handle the new features.

Don Mattrick, Microsoft’s president of interactive business, told reporters, “Today, we look forward. It’s time for technology to step behind the curtain and for you and entertainment to take center stage.”

A full-scale presentation of the Xbox One is scheduled for E3 in June. Along with the new console, fans will be treated to special content from Activision as well as original video programming for the Xbox One, including a live-action version of “Halo” produced by Hollywood titan Steven Spielberg. With this sort of innovation Microsoft, once again, is ready to take on the world.