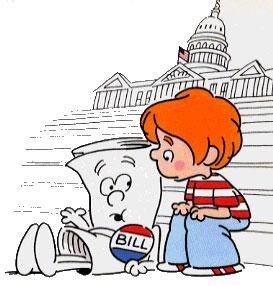 Lawmakers in Wyoming are encouraging, what has been dubbed by the media as, “The Doomsday Bill.” In fear of an economic collapse, a U.S. constitutional crises or a shortage of food and energy supplies, the bill would allow  Wyoming would enact “a government continuity task force” to prepare the state. In what seems to be similar to fire drills, tornado drills and nuclear bombing drills in grades school, the Wyoming task force would be like schools hoping for the best but preparing for the worst.

The bill is even complete with plans to create a statewide currency in case the United States dollar was to plummet. One sponsor of the bill, Republican State Representative David Miller told the “Daily Caller,” “It is just planning. I don’t want people thinking that the federal government is going to be there every step of the way to solve all of their problems,” he went on, “Things happen quickly sometimes- look at Libya, look at Egypt, and look at those situations. We wouldn’t have time to meet as a Legislature or even in special session to do anything to respond.”

There have been certain provisions cut out from the bill early on, including an amendment to “implement a draft, raise a standing army, Marine Corps, Navy and Air Force and acquire a strike aircraft and an aircraft carrier.” Another change cut the funds of the bill in half from$32,000 to $16,000.

The bill has already passed two Wyoming readings, one as recent as last night. One more reading passed in the House and the state Senate will have a chance to vote on the “Doomsday Bill.”

This piece of legislation comes during the same year when the United States is expected to hit its debt ceiling of $16.4 trillion.