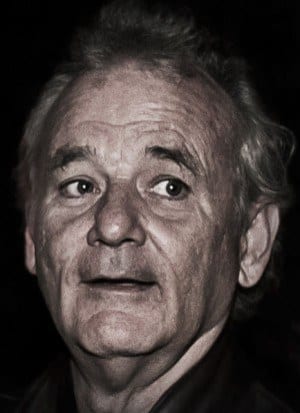 Murray starts a blaze in celebration

Funny man Bill Murray presented David Letterman with a cake in honor of the “Late Show” celebrating its 30th anniversary Tuesday night, but the situation almost got to hot to handle, reports Reuters.

Murray, the star of classic films such as “Ghostbusters,” Caddy shack” and Groundhog Day,” was Letterman’s first guest on “Late Night with David Letterman” on February 1, 1982.

Murray, adorned in a football uniform, presented the host with a cupcake decorated with 30 candles. Though, with all the excitement, Murray dropped lit matches to the floor, nearly started a fire that had to be quickly subdued.

Murray then used a lighter for the remainder of the 30 candles.