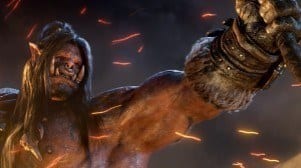 World of Warcraft’s subscription numbers dropped to 7.1 million at the end of the first quarter of 2015, according to Activision’s announcement of its earnings report earlier this month. At the end of last year, there was a surge in subscriptions due to the release of the Warlords of Draenor expansion and BlizzCon.

The current number of 7.1 million World of Warcraft subscribers is down by 2.9 million from the last quarter of 2014. World of Warcraft is still the No. 1 subscription-based massively multiplayer online role-playing game in the world, according to Activision in its report.

Possible Reasons for the Drop in World of Warcraft Subscriptions

Many World of Warcraft players are troubled by this rapid drop in subscriptions, as it is the fastest drop in subscriptions out of all the previous expansion periods. Some players point to the lack of new content in Warlords of Draenor expansion. Only two raids have been released so far (Highmaul and Blackrock Foundry), and no arena battlegrounds or arenas were introduced.

Other players point to the Garrisons, which have been a large part of this expansion but contribute to feelings of isolation, as players spend a lot of time maintaining their garrisons instead of venturing out in the world.

In contrast to World of Warcraft’s drop in subscriptions, Hearthstone is doing well: the earnings report announced that Hearthstone players have increased to 30 million players from 25 million last year.