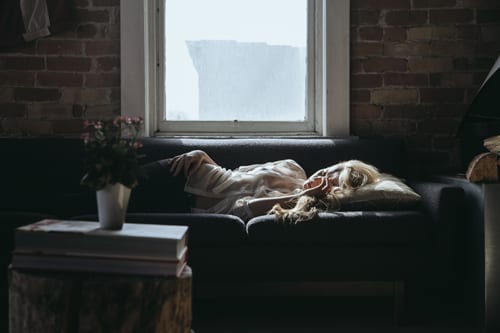 While we, as a nation, readily agree with the credence of “Life, Liberty and the pursuit of Happiness”, which has served as the underpinning for our claim as the “land of the free, home of the brave”, many of our legislations have been consistently on the wrong side of history in respect to the innate rights of women.  The most current iteration of the United States government has seen paramount rulings from Obergefell v. Hodges to Friedrichs v. California Teachers Association, but in the wake of these highly anticipated decisions appears an insistent crusade of right-wing conservatives infringing upon women’s rights. In 2016, an influx of bills, mandates and lawsuits bring to mind the question: To what extent will we allow government regulation to impede the inherent rights a woman has to her body?

Anti-abortion organization The Center for Medical Progress, founded by David Daleiden in 2013, launched an extreme “undercover” exposé on the alleged “organ trafficking” said to be prolific within Planned Parenthood. By establishing a fraudulent biomedical research company named Biomax Procurement Services, the biased video releases lead many politicians to request a criminal investigation into Planned Parenthood.
The misreported narrative shows Deborah Nucatola, the Planned Parenthood senior director of medical services, speaking candidly regarding the price of fetal body parts.  “We’ve been very good at getting heart, lung, liver, because we know that, so I’m not gonna crush that part,” Nucatola tells actors posing as organ traffickers. “I’m gonna basically crush below, I’m gonna crush above and I’m gonna see if I can get it all intact.”
With the insertion of heavily edited videos during the primary debates, this has become a political issue for both the Republican and Democratic parties. Most Republicans have denounced and called for the defunding of PP. However, on July 23 during a campaign stop in S.C, Hillary Clinton (Democratic Party) said of the videos that “an attack on the organization is an attack on women’s constitutional right to an abortion”. Bernie Sanders reciprocated his support of the organization, calling “the current attempt to discredit PP, a long-term smear campaign by people who want to deny women in this country the right to control their own bodies.”

Also read: Staying Safe on Campus is Not Necessarily a Right—Apparantly.

• The establishment of anti-abortion organizations are largely influenced by Dr. Kermit Gosnell—the abortionist convicted of three counts of murder in April 2013 (acquitted of a fourth) and also found guilty of third-degree murder of Karnamaya Mongar in a 2009 anesthesia overdose.  Among other charges, there are 200 counts of violating Pennsylvania’s abortion laws and the alleged writing and dispensing of fraudulent prescriptions. The Grand Jury Report revealed the PA Department of Health ceased inspections of abortion clinics for “political reasons”, eventually leading to the Fox News documentary entitled “See No Evil.”

• The National Right to Life committee advocates for the passage of the “Pain-capable Unborn Child Protection Act”—providing nationwide protection for unborn children capable of feeling pain from 20-22 weeks.

• Nucatola describes that the average cost of transporting and storing [fetal tissue] is $30-$100 per patient and facility, a cost associated with collection, processing, storage, inventory and record management of the same. The average cost of this is realistically $100-150/per. This is supported by Sherilyn J. Sawyer, the director of Harvard University and Brigham and Women’s Hospital’s “biorepository”; Jim Vaught, president of the International Society for Biological and Environmental Repositories; Carolyn Compton, the chief medical and science officer of Arizona State University’s National Biomarkers Development Alliance and Linda Tracy, the president of Advanced Bioscience Resources—a tissue procurement company.

The right-wing agenda pushed by these videos misinformed the public, disregarding that most researchers who use fetal tissue, study fetal development, fetal abnormalities and diseases of the fetus. Instead, they insist that organizations such as PP are committing the illegal crime of “organ trafficking” as defined by Title 42. However, Title 42 of the U.S code reads: “It shall be unlawful for any person to knowingly acquire, receive, or otherwise transfer any human organ for valuable consideration for use in human transplantation if the transfer affects interstate commerce.”  Despite Ben Carson’s endorsement of the extremist right-wing belief, this, however, does not extend to fetal tissue and does not include “reasonable payments” for the removal, transportation, preservation and associated cost of the same. After all, a 1993 law pertaining to NIH research was enacted that allows donation of fetal tissue from induced abortions if certain criteria are met. Historically, the American Society for Cell Biology has profited from such research.
A Grand Jury in Harris County, Texas cleared PP of any wrongdoing and indicted Daledein and the employee on felony charges for tampering with governmental records. The aftermath, however, is felt in right-wing, conservative states like Indiana who oft vanguard on right-wing legislation without much media coverage.

On March 24, 2016, current Indiana governor, Mike Pence, quietly signed the unconstitutional House Bill 1337 dubbed the “Heartbeat Act” to impose the most restrictive abortion law in the country.  Voting for legislation that often serves social conservatives, this “Right to Life” bill is in direct opposition to the criteria of Roe vs Wade and highlights the following requirements:

• Abortion illegal at six weeks or when a fetal heartbeat can be detected, except in the case of life-threatening pregnancies, rape, and incest.
• Physicians are required to detect a heartbeat before inducing an abortion. Failure to do so will result in culpability of a Level 5 felony, disciplinary actions and/or civil penalties. (Does not apply in cases of medical emergencies)
• Must also record the ‘estimated’ age of fetus
• The method used to test for heartbeat
• Date and time of test and results of test.
• Must provide pre-natal diagnosis ‘informed consent’—the mother is required to certify in writing, notification of the heartbeat and the awareness of information regarding the statistical probability of carrying it to term.
• Requires women to listen to fetal heartbeat and view ultrasound 18 hours before procedure.
• Requires physicians to present remains for proper disposal through cremation or internment. Women who sought the abortion service will assume the financial burden.
• Makes it illegal to abort based on race, gender, or disability.
• Contains an ‘admitting privilege requirement’. Clinics have transfer agreements with hospitals, but privilege is only given to clinics that meet the minimum number of admissions.
• Some hospitals refuse to grant abortion physicians privileges –may be in bylaws
• Grant privileges only to physicians who reside in near hospital
• Expects at least 10 patients/ per year
• It is expensive and a refusal remains on physician’s record-long-term effects include increase malpractice insurance cost

The World Health Organization (WHO) defines reproductive rights as the following: “Reproductive rights rest on the recognition of the basic right of all couples and individuals to decide freely and responsibly the number, spacing and timing of their children and to have the information and means to do so, and the right to attain the highest standard of sexual and reproductive health. They also include the right of all to make decisions concerning reproduction free of discrimination, coercion, and violence.” While reproductive rights have been in discussed since the United Nation’s 1968 International Conference on Human Rights, no legally binding law has been set forth, allowing this issue to continue to fall in favor of the argument with the strongest supporters.

As a woman, I find it grossly offensive that the personal beliefs of conservatives with no medical expertise will make legislative that which imposes on the rights I have to my body. Furthermore, the misappropriation of biased information by the corporate media, continue to spread this blissful ignorance to the issues at hand.
Your rights cannot be taken from you if you are educated in the power it appoints you. With the naïve hope that millennials will seek factual evidence to support their beliefs, I submit this article as the reference point to seek the truth.

Want to make a change in Politics? Read: Four Ways Young People Can Impact the World