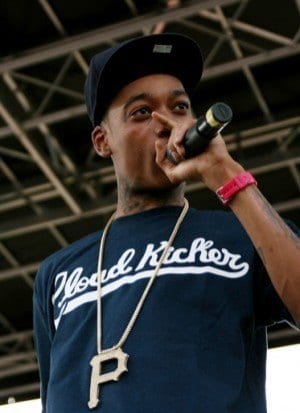 Wiz Khalifa dropped his highly anticipated Taylor Allderdice mixtape on Tuesday. The free project became available for download around 9 p.m., but when Wiz tweeted out the link, it crashed mixtape hub DatPiff.

O.N.I.F.C., Wiz Khalifa’s second studio album, is slated to be released later this year “I haven’t been this excited about any of my projects ever. I remember when I made Kush and Orange Juice, I listened to it and knew I had created a new genre that would change music,” the rapper posted on Tumblr. “The mistake I made on Rolling Papers was thinking it was time to move on from that genre not knowing that it had impacted people so much. The album did great numbers, but creatively wasn’t my best work. No regrets though. We live and we learn.”

Wiz Khalifa was thrilled to finally collaborate with one of his favorite rappers, Cam’ron for O.N.I.F.C. In an interview with Hard Knock TV, Wiz talked about blending the styles of the two rappers. “Cam sent me a song, and I did my thing on it, sent it to him and he knocked it right out. It’s real shit that people want to hear from both of us. That’s why I put it on the album. Because the shit I did for him is me going into his world, and then the shit he did for me is polar opposites”

He also explained why the collaboration with Cam’ron is featured on the album, instead of Taylor Allerdice. “I did that more justice than putting it on the mixtape, because I’ve been waiting for that collaboration forever,” he said.

For fans who were disappointed with Rolling Papers, Taylor Allerdice is closer to the hard hitting style Wiz Khalifa revealed on Kush & Orange Juice, and we can only hope O.N.I.F.C. will do the same.