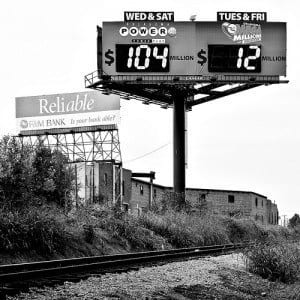 The $254 million ticket was sold in Connecticut.

A winning $254 million Powerball ticket is still out there somewhere , according to USA Today. The ticket was bought at an undisclosed location in Fairfield Country, Connecticut. The prize is the largest in the state lottery’s history.

The winner has the option of claiming the $254 million and getting paid over 29 years or one large sum estimated around $152 million.

If you’re a lucky winner: claim your prize here