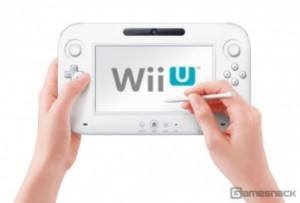 Nintendo’s newest gaming system, the dual-screen Wii U, will go on sale Nov. 18

The Wii U has sold out of preorders only days after the new console was announced last week. The Wii U, which is available in an 8 GB version for $299 or a 32 GB version for $349, is the first new Nintendo console since the success of the Wii in 2006, and it comes with a boatload of new features.

The Wii U updates the now-well-known Wii gameplay by adding another dimension of visuals and gameplay options, though you can play all your old Wii games on it. The gamepad features a 6.2-inch LCD touchscreen as well as the super familiar, Super Nintendo-style control pad and A, B, X and Y buttons — plus two analog sticks. The gamepad also has motion control, like the Wii remote, as well as a microphone and stylus, among other features.

Why so many bells and whistles? They all have a function, unlike the famously ignored N64’s leftmost, er, handle thingy. The Wii U gamepad can be used in several ways that go beyond the remote-and-nunchuck gameplay of the Wii. The second screen can display maps or other secondary game visuals while simultaneously being used as a controller. Or you can use a Wii remote and nunchuck while using the second screen. Or you can use the stylus to control your on-screen character via the touchscreen. The list goes on.

Perhaps even more revolutionary is that the Wii U will take on aspects of such devices as the Apple TV. Amazon, Netflix, Hulu and Youtube are all going to have apps on the Wii U, and it will have the capacity to stream live TV or shows you’ve saved on TiVo. The second screen can be used to browse these apps and select TV shows and movies, a feature that Nintendo has cleverly dubbed Nintendo TVii. (No extra syllable.)

So far, the Wii U has sold out at Best Buy, while Target and Gamestop only have the 32 GB version left. It’s expected to be one of the biggest tech gifts of the 2012 holiday season.