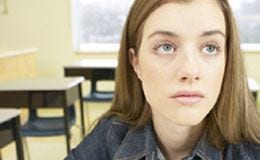 With many colleges boasting reduced summer tuition rates, College News examines the advantages of not taking a break

School is finally out for summer for most high schools and elementary schools. Instead of joining the masses taking vacations and searching for summer employment, however, college students across the country are opting to stay on campus and take a summer class or two. This development is occurring because, despite colleges in states like California having distressed students by raising their tuition, many campuses have actually been able to offer reduced tuition rates for their summer sessions.

Ohio’s Hiram College, for instance is offering a summer course in animal physiology for 40 percent less than the normal cost.

Along those same lines, Capitol College has reduced its summer rates by 30 percent and El Centro College is allowing students to take certain classes for half of the normal cost.

With deals such as these, it’s not entirely surprising that students are taking full advantage of them. Still, there are some students who are unwilling or, at least, hesitant to give up their summer and remain on campus.

Although it’s true that taking summer classes requires you to give up a portion of your free time, here are three reasons why — if you can and your college is offering them — you should take advantage of your college’s reduced summer rates.

Let’s get this obvious point out of the way first: Yes, it’s more affordable, and, honestly, this reason alone should be enough to get you to seriously consider it. Tuition is always a huge money-drain, even with the help of scholarships and loans.

So any time your school actually gives you the opportunity to save money you should absolutely take advantage of it. Especially if chances are good that they will not be making similar offers in the future.

Get your credits faster and possibly graduate sooner !

Because I worked part-time during my entire college career, I didn’t graduate “on time”. Many of you probably know what I’m talking about.

Whether it’s because their workload only allows them to take a limited amount of credit hours or they changed their major and were required to take more classes than they had originally anticipated, more and more college students are taking longer than the traditional four years to graduate.

If you find yourself in that position — or are eager to graduate early — taking advantage of summer classes is a great way to knock out several credit hours at once in a relatively short amount of time. Thanks to summer classes, I was able to graduate a semester earlier than I had anticipated.

Of the summer classes I took, there was never a time when there were more than four students in the class. In fact, I once took an English class that, including myself, had only two students in it.

If you are intimidated by large classes, or simply excel in smaller classes, then summer sessions are worth your time.

Being in a small class can be intimidating, especially if you’re not used to participating a lot in class — but you’re more likely to get the attention you need from professors in small classes. Also, the relationship between professors and students tends to be less formal and more communal in summer sessions.

Have the price cuts been enough to get you to stay on campus and enroll in a class or two? Let us know!