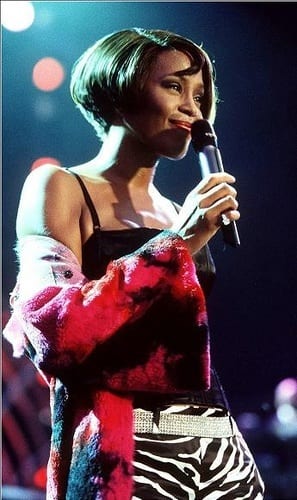 The Whitney Houston cause of death has been released.  The toxicology report showed that Houston died of a heart attack that caused her to become unconscious and drown in her hotel tub.  The official cause of death was revealed as an accidental drowning on Thursday where the Los Angeles County Coroners chief, Craig Harvey, explained the findings of the toxicology report.

Whitney Houston cause of death was described by Harvey: “We had approximately a 60 percent occlusion in the arteries, in the narrowing of the arteries. So, that condition, complicated by the chronic cocaine use, all combined to result in her drowning. The final cause of death has been established as drowning due to atherosclerotic heart disease and cocaine use.” The toxicology report also adds that, “Cocaine and metabolites were identified and were contributory to the death. Marijuana, Alprazolam (Xanax), Cyclobenzaprine (Flexeril) and Diphenhydramine (Benadryl) were identified but did not contribute to the death.”

To simplify the Whitney Houston cause of death, plaque build-up in her arteries caused the singer to suffer a heart attack. The plaque narrows the small blood vessels that supply blood and oxygen to the heart. Whitney Houston cause of death is suspected to have been caused by chronic use of cocaine, though it is not clear how long the singer suffered from atherosclerotic heart disease.

According to several reports, no cocaine was found in Houston’s hotel room and there are even rumors that whoever had been supplying cocaine to the singer may have cleared out the room before authorities arrived. Harvey reported that cocaine metabolites were found in Houston’s system, leading them to believe that she was a chronic cocaine user.