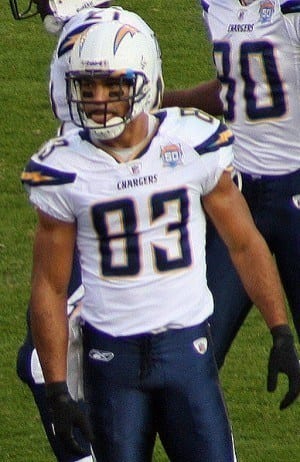 Up for grabs as a free agent

The San Diego Chargers passed their deadline this Monday and chose not to name Vincent Jackson as a franchise player for the organization. The move would have added up to $13 million above the player salary cap and general manager A.J. Smith decided the team could not afford it.

21 NFL teams named franchise players before Monday’s deadline including DeSean Jackson of the Philadelphia Eagles, Dwayne Bowe of the Kansas City Chiefs, and Wes Welker of the New England Patriots.

The decision by the Chargers leaves Vincent Jackson in the free market. The free agency will open March 13 and Jackson could be pursued by any team. The Washington Redskins are in the market for a wide out and will be one of the front runners in the bid for Vincent Jackson. Other teams likely to be after the 3-time pro bowler include the Chicago Bears, Tampa Bay Buccaneers and the Minnesota Vikings.

Jackson is amongst good company though and it would see that any team after a wide receiver this year is going to win out. Other big name free agent receivers coming March 13 include Pierre Garcon, Reggie Wayne, Brandon Lloyd, Marques Colston, Randy Moss and Hines Ward. Matt Flynn, the backup quarterback for the Indianapolis Colts, was also not named as a franchise player, and is expected to one of the most sought after free agents in the market.

Despite the promising prospects, Vincent Jackson will create some buzz and potentially get the $10 million a year contract he is after.