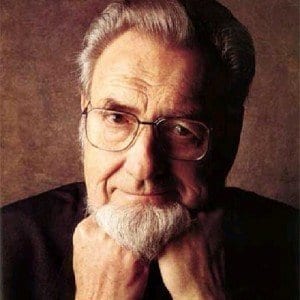 Top doc of the United States and famous for that goofy beard, Dr. C. Everett Koop, widely regarded as the most influential Surgeon General in American history, died Monday at his home in Hanover, N.H., according to the New York Times.  He made it to 96, thanks, presumably in part, to not smoking.

Koop, who served as Surgeon General from 1981 until 1989, is widely known for his fight against smoking.  He revived the traditional uniform of the Surgeon General and is most known for speaking in public against the dangers of smoking cigarettes.

At the time of his appointment by Ronald Reagan, 33 percent of Americans smoked cigarettes.  By the time of his departure, that number had dropped to 26 percent, according to the New York Times.  By 1987, 40 states had restricted smoking in public places, 33 had banned it on public conveyances and 17 had banned it in offices and other work sites.

Dr. Koop was also known for pushing the government to take a stronger stand against AIDS, a position that gained him criticism from his fellow Christians and conservatives.  Despite his moral opposition to abortion, he refused to use his office to fight against it.

Dr. Koop played a major role in educating the American people about AIDS.  Though he felt the United States had been slow to face the crisis, he was happy when HIV, the virus that causes AIDS was discovered and when a blood test was developed to detect the disease, according to the New York Times.

His greatest failure, in his eyes, was not convincing President Reagan or his successor, President Bush, in making healthcare available to more Americans.

Funeral arrangements are planned for 10:30 a.m. March 9 at the First Congregational Church in Woodstock, NH.