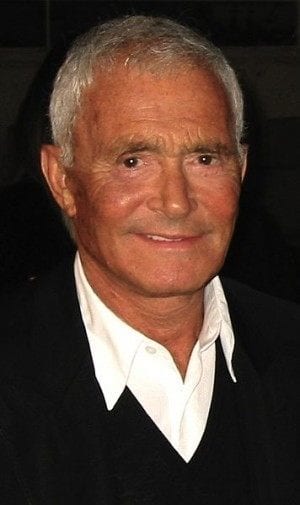 The liberator of women’s hair and cultural icon passed away in his L.A. home

Vidal Sassoon, hairstylist and culture icon, died Wednesday at his home in Los Angeles at age 84.

Vidal Sassoon entered the style scene at a time when any stylish lady’s hair was teased, piled high, and sprayed with aerosol until the most precocious bee couldn’t make a dent in those beehives. Armed with shears and vision, Vidal Sassoon liberated women’s hair when they needed it most—the beginning of the 1960s, when women had more important things on their minds than the beauty parlor and hair curlers in bed didn’t mesh with their new liberated sexuality.

In 1993, Vidal Sassoon told the Los Angeles Times, “My idea was to cut shape into the hair, to use it like fabric and take away everything that was superfluous. Women were going back to work, they were assuming their own power. They didn’t have time to sit under the dryer anymore.”

Vidal Sassoon brought us the concept of wash-and-wear with styles such as the bob. His shaped cuts played an integral role in the “It Girl” fashions of the 1960s, including Mary Quant’s “look.” Could the miniskirt have become popular worn by a woman with a beehive? And Mia Farrow gave birth to the son of the devil in Rosemary’s Baby sporting that infamous pixie cut that she credits to him on screen; and in reality the $5,000 cut was another Vidal Sassoon original.

Vidal Sassoon opened his first salon in his native London in 1954, however it wasn’t until the mid-60’s that his cut-is-everything approach was perfected. He later opened more salons in England before expanding into the United States. He then introduced his line of shampoos and styling products under the Vidal Sassoon name.

Vidal Sassoon revolutionized the hair styling industry, and continued to perfect what he called his “pursuit of art” over the past several decades.

Vidal Sassoon is survived by his fourth wife, Rhonda, and three children. One daughter, Catya, died of an accidental drug overdose in 2002. None of his children went into the family business, but thanks to the Vidal Sassoon academies, many others have followed in the footsteps of this cultural icon.